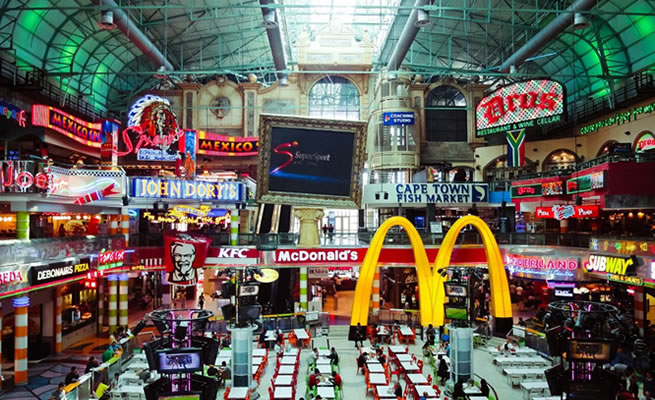 There is a deliberate misconception in South Africa whereby hatred and fear regarding foreigners are equated to challenges of socioeconomic conditions.

The beneficiaries of this pandemonium are also the sources of the frustration and real cause of poor skilling among the poor. Also, this is the reason foreigners not only outcompete black and poor South Africans but outwork them even in those sectors that locals used to dominate.

The public is well aware that no political manifesto before an election ever said “we promise you a high unemployment rate but low hanging-fruit jobs”.

And besides, where have you ever seen low-hanging fruit in Soweto and Alexandra? When people move from these townships to clean up the Johannesburg CBD, do they have title deeds as residents of the city?

If we look at the word xenophobia, it refers to both the hatred and fear of foreigners. In our conditioning as South Africans, the object is truly black-skinned outsiders.

This is because the spatial planning of small spaces and clustering has been expanded and worsened under a democratic government dominated by black people.

So essentially, xenophobic convictions and deeds are the execution of influx control laws, or the Group Areas Act psychologically ingrained from apartheid, combined with tribalism, and a yearning for political attention.

It is the perfect excuse for the political activism and practice of apartheid-style anarchy, which the hordes of unemployed and frustrated youths and adults hear the comrades reminisce about every day.

One can ask about in any settlement, how many spaza shops there were in a certain township before foreign-owned spazas existed. One would easily find that there were far fewer locally-owned shops than today, even in places where doing business did not make sense to locals.

Foreigners brought a better and more effective strategy in places where locals failed and were not supported by their own people.

For starters, the foreigners first brought old shipping containers, instead of building stores, in addition to increasing operating hours.

These containers and house shops introduced a new security feature and survived places where high levels of crime from local South Africans pushed many out of business.

And finally, foreigners came as a united business cluster that buys in bulk, whereas tribalism makes it impossible for locals to work together.

It’s not a matter of foreigners taking too much of the big pie of job opportunities in South Africa that is the cause of xenophobia but because of the structure or chassis of the apartheid-era or social planning system as the only socioeconomic actuality that is the source of problems and cause of fear and hatred towards similar-looking or darker outsiders.

What heightens the fear and spiritual phobia and hatred among locals is the fearful visual communication through African-made movies and news reports mainly about witchcraft themes and poverty, which is misinterpreted as they cannot be better than us.

If the argument is that other countries in Africa also have reserved certain jobs for locals or have strict immigration policies then do they also claim to have universal Nobel peace laureate icons and the best constitution on earth where the land belongs to all who live in it, and where everyone is welcome? – Work In South Africa