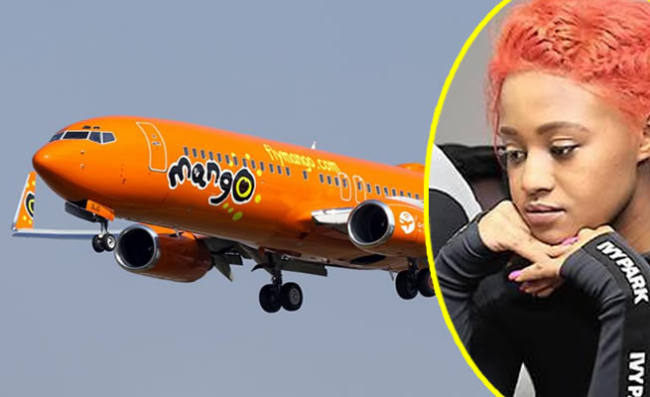 SINGER and dancer Babes Wodumo was left high and dry after Mango Airlines allegedly lost some of her clothes.

Babes and her crew were travelling from Durban to Cape Town on Sunday when they found their suitcases had been tampered with.

Babes’ spokeswoman Hlengiwe Mbambo said: “We left Durban in the morning. All the suitcases were closed, but when we got to Cape Town International Airport,
we found them open and realised some items were missing. When we reported the matter, they refused to assist or pay. When we got to the hotel we realised a lot of things were missing.”

Babes had been booked to perform on SABC3’s Expresso show yesterday morning and on Afternoon Express today.

“We’re aware of the incident and have contacted her through her team and offered to pay for the lost items, in accordance with our terms and conditions.”

Babes Wodumo took to social media and expressed her frustration on Instagram.

@FlyMangoSA, what a disappointment, my dancers clothes were stolen from their bags today while travelling with @FlyMangoSA to CPT – some bags came back half open and the airline refuses to help or pay. This is proper theft