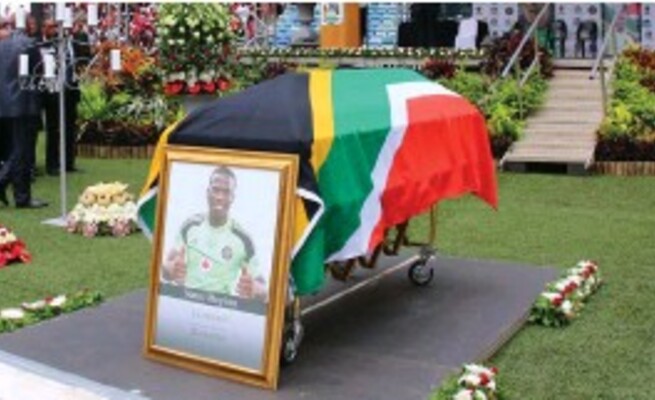 The lawyer for four of the accused in the Senzo Meyiwa murder case said they would be applying for a special plea before the trial commenced.

The men made an appearance in the Pretoria High Court on Thursday.

They are accused of being behind the Bafana Bafana captain's murder in October 2014. This matter will go to trial in less than three weeks.

Advocate Malesela Teffo told the High Court to consider another case that had been investigated parallel to the current one before the court.

He said the seven people who were in the house when Meyiwa was shot, including his then girlfriend musician Kelly Khumalo, should be charged. This after the National Prosecuting Authority decided not to prosecute them.

“We believe that the killer and murder weapon came from the seven people in that house.”

Malesela said they would be applying for a trial within a trial.

While the matter has been postponed to 11 April 2022 for trial, Judge AJ Bam has given the lawyers until 28 March to decide whether they will be ready to proceed.