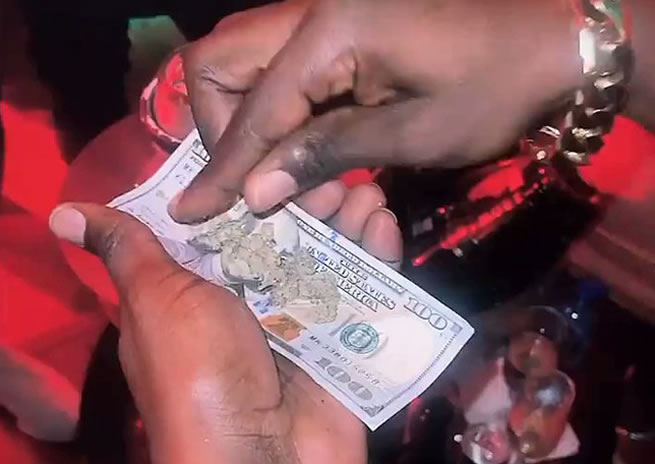 DJ and producer DJ Maphorisa impressed his fans after using a $100 bill to crush his weed.

The Banyana hitmaker crushed weed on the dollar and the people around him were taking a video of him.

He was flexing and preparing the weed on top of the money.

However, unlike the impressed fans who were recording his video, people who saw the video on social media said he was wasting a lot of money.

See the video below.