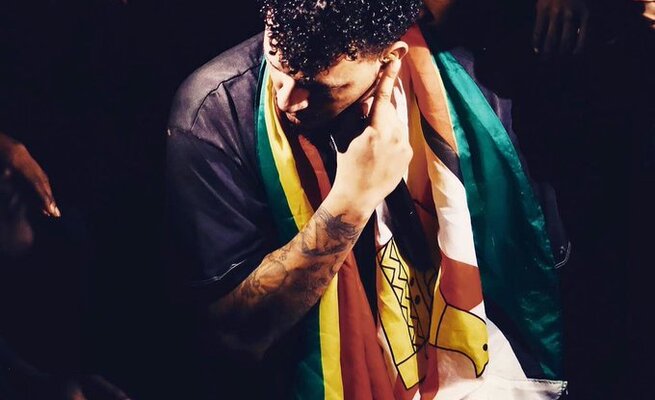 AKA moves on with hot Zimbabwean girl – (See Photos)

Photos of Nadia Nakai and Kiernan “AKA” Forbes 'coincidently' being on vacay at the same place have sparked dating rumours between the two stars.

The two rappers took to their Instagram stories on Wednesday sharing images while on a safari getaway and seemingly engaging in the same activities. From poolside chilling, book reading and even going on a game drive, fans are convinced that there's something brewing between them.

Both AKA and Nadia chose to blue tick the swirling rumours circulating on social media about their trip.

In early 2016, AKA and Bonang travelled to Mozambique after the smoke cleared following the aftermath of the scandalous start to their relationship.

Fans had to compare pictures and backgrounds then.

In 2019, when he and DJ Zinhle reunited following his break-up with Bonang and brief dalliance with Nicole Nyaba, the couple travelled to Turkey. They then went to Cape Town and another unnamed tropical location after that.

Due to the fact that the country was under lockdown for most of their relationship, it doesn’t seem as though Nellie and AKA went on a major annual baecation. However, they did travel around South Africa when his late fiancée accompanied him to events he was booked to perform at.

Take a look at the pictures below: 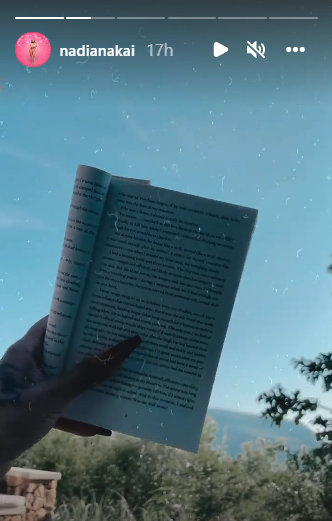 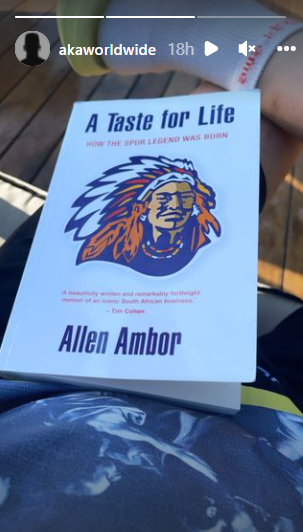 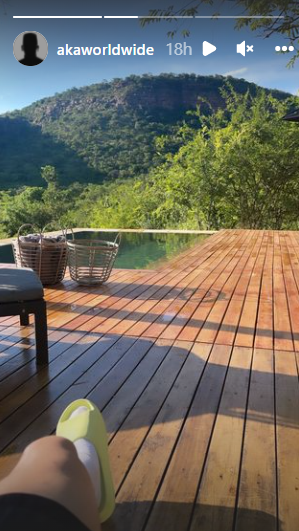 Nadia, was previously romantically linked to American rapper Vic Mensa, revealed their relationship had come to an end during an interview with Lasizwe Dambuza on his YouTube show, Truth or Drink.

AKA's fairytale ending was unfortunately put on halt after the tragic death of his fiancée Anele 'Nelli' Tembe in April 2021 after their engagement in February.

The rapper has expressed his grief in a song called Tears Run Dry which he released on Nelli's birthday, October 11.

“Every day I pray for her, myself and our families. I will never be the same person I was … but I will do the best I can with the gift and opportunity of life that I still have left,” he wrote on an Instagram post.