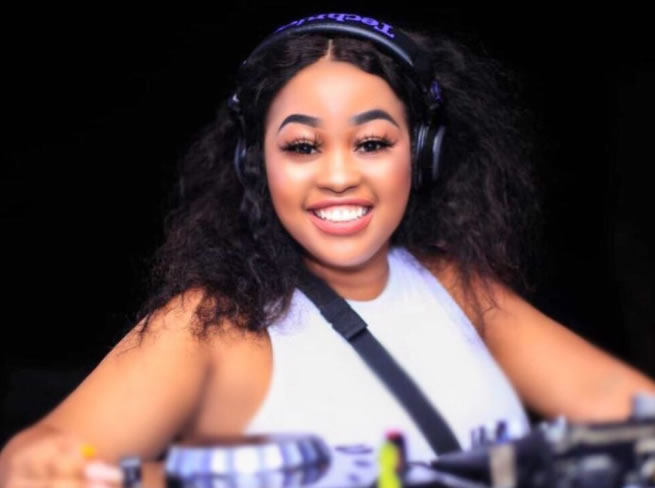 Rising star Hlosiwe "DJ Hlo" Mthalane has had social media tongues wagging since she was announced as the winner of Ukhozi FM's 2021 Song of the Year.

While many congratulated her for the accolade, some claimed the voting was rigged and others were more deserving.

“My life has suddenly changed. I’m getting bookings from all over the country. I’ve also received offers from big artists who want to collaborate with me.”

The talented DJ said she will not be intimidated by the backlash.

Her song Isibani featuring DJ Manzo SA and Siboniso won with 214,966 votes. In an exclusive interview with Daily Sun, DJ Hlo (24) who was born in Durban said she has been subjected to a baptism of fire.

“Some of the criticism is coming from colleagues in the industry,” she said

"It feels amazing, regardless of the backlash. History has been made as the first female DJ to cross over the year, so it feels amazing. My social media has skyrocketed. My life just changed in a blink of an eye. This is huge for me," she said.

Speaking about the backlash she received on social media, DJ Hlo said since starting her career in 2020 with the release of her first single Ebusuku featuring Rethabile Khumalo, she and her record label Maz Entertainment were hard at work to get her into the spotlight.

"It's hard to believe because I've been on this thing since 2020. I was in the top 10, I was number five. I've been campaigning everywhere to promote but I guess people will say whatever they want to say."

She's since received calls from major local artists encouraging her to keep going.

"I've been getting phone calls from big artists who would love to collaborate with me. Nothing is confirmed yet but something big is coming," she said.

The star is working on her EP to show gratitude to her supportive fans.

"It's a token of appreciation for my fans. The sky is the limit. I also want to capitalise with my hair and beauty salon. I want to grow as a businesswoman."

The popular DJ, who also has a Bachelor of Social Science degree from the University of KZN’s Howard College with majors in industrial psychology and management, is ready to make 2022 her year.

Fellow female artist, DJ Cndo also congratulated her and said: “It is heartbreaking to see people reacting in this way but I’m not surprised.”

“The votes are audited independently. The Ingoma ehlukinisa unyaka Competition has been subjected to auditing of the votes for many years and this year is no different. Anyone can vote for the song of their choice and as many times as they want to.”