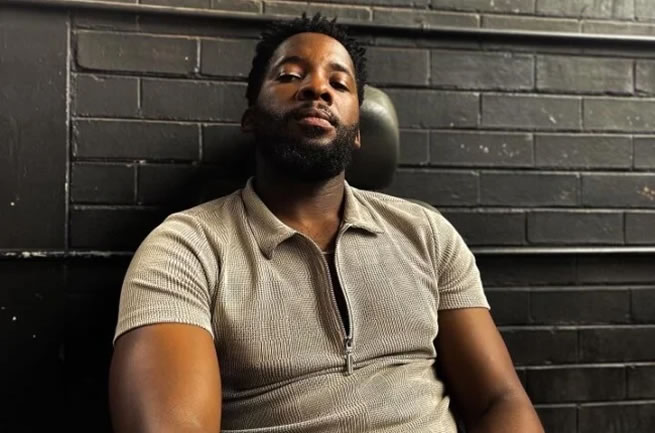 He's that brother. The one who is always gazing longingly at his brother's girlfriend and shooting death stares at his sibling.

All because the woman he fell in love with at first sight got stolen by his brother. And he has to stand on the sidelines and watch them build a life together.

He plays Qhawe Zulu on Showmax's popular telenovela The Wife. There he is a handsome, quiet but violent taxi driver who quietly longs for his woman who was stolen by his brother.

Kwenzokuhle Ngcobo is not a newbie on our screens. He also made his mark as Themba on e.tv's Imbewu: The Seed.

But it is his role on The Wife that has gained him popularity he never anticipated.

Born in Port Shepstone, KwaZulu Natal, Kwenzo fell in love with acting at a young age. He and his friend would watch action movies and imitate them.

He reminisces about a play in Sunday school that made him realise he wants to explore acting.

"I started watching movies when I was young, I remember my father would bring home VHD’s, I loved Jean-Claude Van Damme movies and I would imitate what I was watching and envisioned myself in them one day,” he tells Drum.

After completing high school, he enrolled for a course he did not like and decided to take a gap year as he figured out what exactly he wanted to pursue in his life.

The Durban University of Technology Drama graduate loves the stage and has been doing theatre but due to Covid-19 which led to theatres being closed, Kwenzo had an opportunity to audition for The Wife after hearing about it from his agent.

"I heard about The Wife from my agent, in June I auditioned for it and received a callback. I really loved it and it's been a crazy journey," he shares.

Although he grew up in church, Kwenzo's character Qhawe is quite the opposite. He is a dangerous taxi driver, who does cash-in-transit heists along with his brothers.

"When the Zulu brothers were announced for the first time, fans of the book were not pleased but I didn't take it to heart. I understood people have been invested in the books and created the characters in their heads. I focused on working hard in telling the story, now that the episodes are rolling out the reactions have been positive, they love the characters, and it's been amazing," Kwenzo says.

Although there are plenty of productions he would like to be a part of in South Africa, his dream is to be a Hollywood star and he is ready to put in the work.

"For an actor to get there you need to work hard. That's my plan for 2022, to improve my craft by working hard and to commit at whatever I do," he says.

His biggest lesson while pursuing acting has been to stay true to his craft.

"Appreciate the fame but do not let it get into your head, sometimes it does mess up the process. But it's all about appreciating the love that you get from your fans, the support is amazing but do not forget who you are," he shares.