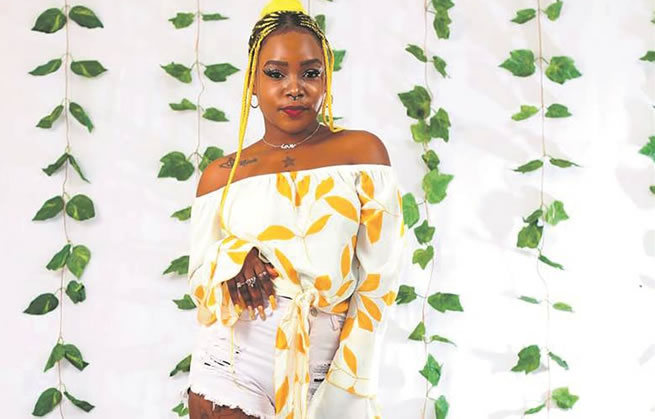 Singer Xighubu hopes her experience in the music industry will help young girls.

The 24-year-old, whose real name is Tshimollo Masemola, said her nine years in the industry had been tough with men promising to make her dreams come true if she had sex with them.

Xighubu, who is from Mamelodi in Tshwane, started her music career while in high school and dropped out to focus on music.


“I have slept with a lot of big artists and they would lie to me. They would promise me big things like taking me far in my career but that never happened. They all lied to me,” she said.

“I wanted to take short cuts, thinking things would happen quickly for me. However, I learnt the hard way that things don’t happen like that.”

Xighubu said she felt the need to speak up because young female musicians needed to hear her story.

“This is a male-dominated industry and some of them will use women for sex and promise them success. I want to warn them because I’ve grown,” she said.

“I don’t want any other woman to go through what I went through because most women will be broken if they have to go through this.”

However, the mum of one said she won’t be naming and shaming anyone.

“My aim is not to ruin anybody’s career because if I ruin their careers by naming them, mine could be affected too. I am not pressing charges because I consented, not knowing I was breaking myself,” she said.

Xighubu said she had been receiving messages from other women who had gone through the same thing.

“Their stories are touching. Some of them have been raped but are too scared to speak up,” she said.

“I’m glad I started the dialogue. I’ve offered to help them when they want to talk to someone. I’ve also told them to get counselling and that’s what I want to do as well.”