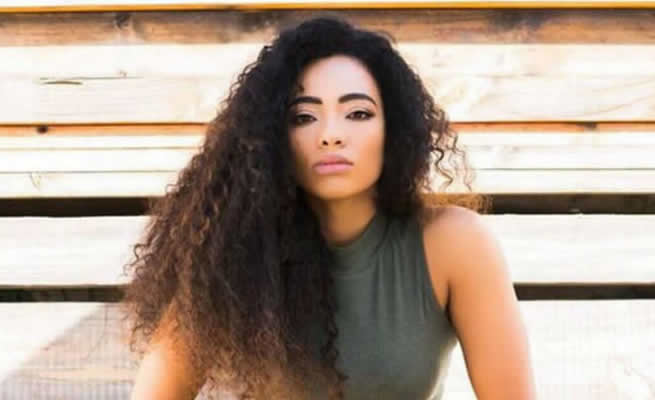 Media personalities Amanda Du-Pont and Masechaba Khumalo, who both accused musician Molemo “Jub Jub” Maarohanye of sexual assault, have dared his mother, Ithuteng “Mama Jackie” Mpambani, to “bring it on” after ignoring her demands for an apology.

Mpambani demanded an apology and a retraction of the allegations by the Skeem Saam actress and the former Metro FM host that Maarohanye had raped each of them more than a decade ago.

Amanda Du-Pont, who said she had been in a relationship with Maarohanye for two years, made the allegations on social media in response to his disparaging remarks about her on Macgyver “MacG” Mukwevho’s podcast earlier this month.


But the two women’s lawyers this week said that they had advised Khumalo and Du-Pont to ignore Mpambani’s demands contained in letters served on them via WhatsApp and email on Wednesday.

Their lawyer, Mabu Marweshe, of Marweshe Attorneys, said that, after consulting with prominent Advocate Tembeka Ngcukaitobi on the matter, they were finalising criminal and civil cases against Maarohanye.

“We confirm that we have received the letters and we will respond in due course. But we cannot comment on the other two cases right now.

We will issue a statement once our clients have made their statements under oath with the police, and we have also issued our court papers.”Marweshe said that, by not responding to Mpambani’s letters of demand, his clients were inviting her to take further steps.

Mpambani’s letter followed Du-Pont’s emotional 17-minute video on her Instagram page earlier this month in which she accused Maarohanye of raping her at his home for two years while they were in a relationship.

She said that she had not been able to speak out about the alleged rape at the time because she had been afraid of his mother.

Du-Pont’s video followed Maarohanye’s controversial interview on Podcast and Chill with MacG, during which he spoke disparagingly about his relationships with her and musician Kelly Khumalo.

In her video response, Du-Pont also alluded to a case in which Mpambani had allegedly siphoned into her personal account money donated to her charity by American media mogul Oprah Winfrey and accused her of using muti.

Khumalo then came out in support of Du-Pont, claiming that Maarohanye had raped her at Mpambani’s home in Naturena, Johannesburg, more than a decade ago.

This week, Mpambani gave the two women 48 hours to retract their allegations and apologise to her.

She threatened to take the matter to court if they did not heed her demands.

In the letters signed by Amorette Gangel of BDK Attorneys, which City Press has seen, she accused Du-Pont and Khumalo of tarnishing her image.

“Our instructions are to record, as we hereby do, that by posting the aforementioned video, you are purposefully misguiding members of the public by stating and/or implying that our client is a criminal, our client was involved in unsavoury and fraudulent dealings with Oprah [Winfrey], that our client has some hold over her son and further that our client practises with muti,” reads the letter to Du-Pont.

“Our client sympathetically denies that she was in any manner involved in your relationship with her son and that she deals or has ever dealt with muti.”

Mpambani also denied being involved in any money laundering and fraudulent activities, adding that Du-Pont’s utterances had caused her “reputational damage”.

“Our instructions are therefore to demand, as we hereby do, that you forthwith and within 48 hours of receipt of this letter … remove the video post from your Instagram page as well as any other platforms on which you may have posted the aforementioned video,” the lawyer wrote.

“Confirm per return that you will not create and/or post any further defamatory post that concerns our client.”

The letter also demanded that Du-Pont publish a written apology to Mpambani. Khumalo was served with a separate letter demanding an apology for sharing Du-Pont’s post in a show of support.

“Regrettably, from your conduct and by making the false allegations against our client, you have little regard for the interest of justice or our client’s constitutional right to privacy and dignity.

“Our instructions are that the Twitter post was posted by you in order to defame, insult and shame our client.”

The letter demanded that Khumalo delete her social media posts, retract the accusations and apologise to Mpambani. But the two women are sticking to their guns.