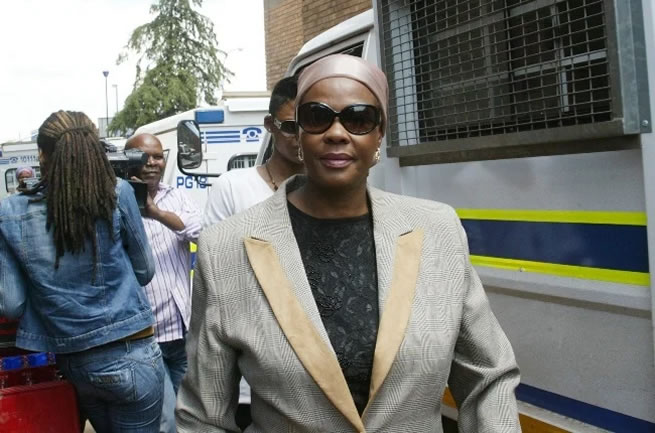 Molemo “Jub Jub” Maarohanye's mother Ithuteng “Mama Jackie” Jaqueline Kabi Mpambani has demanded an apology from actress Amanda Du-Pont and arts and culture department spokesperson Masechaba Khumalo after they mentioned her in their accusations against her son last week.

Du-Pont and Khumalo took to social media, accusing Jub Jub of sexual assault after an explosive interview he did on Podcast and Chill with MacG where he said he had “smashed” Du-Pont.

In a video posted on Instagram, Du-Pont alleged she was “raped and physically and emotionally abused” by the star for two years. She also made several allegations against Mama Jackie.

In a lawyer's letter, Mama Jackie denied the claims and alleged they were “purposely misguiding members of the public by stating and/or implying that our client is a criminal, our client was involved in unsavoury and fraudulent dealings with Oprah, that our client has some hold over her son and that our client practises with muti”.

“Our client denies she was involved in your relationship with her son and that she deals with or has ever dealt with muti,” the letter from BDK Attorneys read.

Mama Jackie's legal team also sent a letter of demand to Khumalo, who said she was assaulted by Jub Jub “in Mama Jackie’s house in Naturena”.

“Our client denies the allegations levelled against her.”

The letter demanded that Du-Pont and Khumalo remove the social media posts, cease sharing the allegations, retract their statements and publicly apologise.

Requests for comment from Du-Pont, her legal team and Khumalo were unsuccessful at the time of publishing this article. Any update will be included once received.

Mama Jackie's legal team said if the demands are not met in 48 hours they will approach the high court.

It said legal action would also be taken against the person responsible for leaking audio of Mama Jackie speaking in defence of her son and commenting on allegations made by Du-Pont and Khumalo.

“She had sent that voice note on a private group and gave no permission for it to be distributed. She will also be taking legal action against the person who published the voice note”.