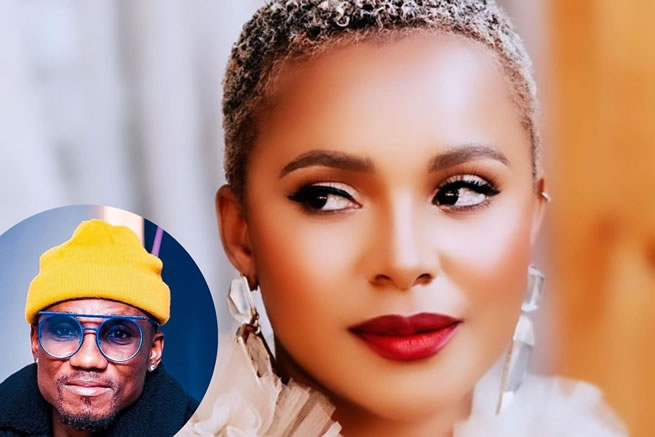 Just over a week after a showdown ensued between Jub Jub and Amanda du-Pont as a result of MacG’s podcast, another showdown is brewing between former lovers Teko Modise and Lizelle Tabane.

On Monday, Tabane served Modise with a letter of demand which she also shared on her Instagram profile.

According to the letter drafted by Manala & Co. Incorporated, Tabane finds the claims Modise made on MacG’s podcast episode, posted on 9 December, irresponsible and insensitive, especially during a time that the country was supposed to be observing a period of 16 Days of Activism against Abuse.

“It is common cause that you publicly made allegations that our client had made false claims about the assault you meted out on her during June 2014 at your residence in Willowbrook Estate, Ruimsig.”

The letter went on to recall the events around the time Modise allegedly abused Tabane, which reportedly ended with members of the South Africa Police Service (Saps) convincing Tabane not to press charges against her then-fiancé due to his status as a public figure.

As a result of the assault, our client suffered bruises on her neck (from choking), swollen lips, chipped tooth and a bruised eye and nose.”

The letter further alleged that Modise paid for Tabane’s dental consultation to attend to her chipped tooth and attended to her injuries in an effort to minimise their appearance ahead of her first day of work at a new job.

Speaking through her lawyers, Tabane lambasted Modise for saying what he did as it impacts her reputation, which she says she relies on to earn a living.

“Our client wishes to place it on record that she does not have any reason to make false claims about the aforesaid acts of assault otherwise doing so would undermine the current efforts to eradicate and mitigate acts of gender-based violence.”

Tabane concluded by demanding that Modise return to Podcast and Chill with MacG to publicly retract the allegations by no later than 12 midday on Tuesday, 14 December or face legal action.

“I remember when we started dating there were pictures on her phone. I think somebody abused her or something like that. She had scars and all of that stuff, right. So when we broke up… she took the same pictures… the same pictures went to the media and said I was beating her up,” said Teko on MacG’s podcast in reference to claims Tabane made around 2015.

That Teko Modise story about his ex girlfriend/wife pulling old abuse pictures from her past relationship to frame Teko as an abuser is pathetic. Women are wicked sometimes.#podcastandchillwithmacg pic.twitter.com/t908RbKWYb

The retired footballer further claimed that she reached out to him to apologise for what he says she did and that he recorded their conversation, despite never having made the recording public.

Modise has not yet publicly addressed Tabane’s reponse.