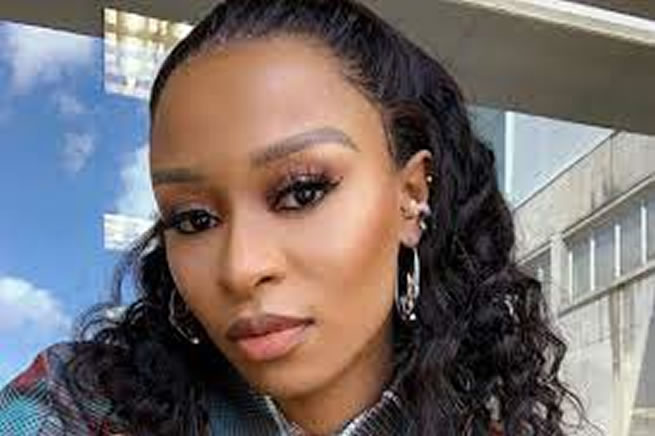 Jiyane’s bank account was fraudulently accessed by one of her employees, who siphoned R500 000 from July last year to July this year.

News that Jiyane was a victim of cybercrime was revealed by one of the Umlilo hitmaker’s allies who sympathised with her.

The mole said Jiyane discovered that an employee, who knew the username and password to her bank account, stole the money from her while she was in a consultation meeting with her lawyers Mashele Attorneys in Protea Glen, Soweto, in July this year.

The deep throat said when she discovered the money was stolen, Jiyane, who owns accessory shops, questioned the employee, whose name cannot be revealed for legal reasons.

But the suspect feigned surprise and left her with no choice but to open a case of fraud and theft against her at Protea Glen police station.

The police statement  reads in part: “The complainant alleged that on 2021-0721 she went to Protea North at Mashele Attorneys to consult with her attorney and she realised that [name withheld], who is working in accounts department in her company, has been transferring money into her banking account.

This has been happening from July 2020, according to a bank statement, and R500 000 has been transferred.”

“No arrest has been made and police investigations are under way,” he said.

After questioning the employee and obtaining statements from potential witnesses, said the source, the police went to the National Prosecuting Authority (NPA) South Gauteng last week to ask prosecutors to assist them to apply for a section 205 (order of the Criminal Procedure Act that allows investigators the right to access information that is not in the public domain) to retrieve the bank statements of the employee.

NPA South Gauteng spokesperson Phindi Mjonondwane confirmed that the police visited their offices and asked prosecutors to help them apply for the order. She said she couldn’t comment as the matter was being investigated by the police.

Attempts to solicit comment from Jiyane drew a blank.

She ignored phone calls and text messages sent to her.