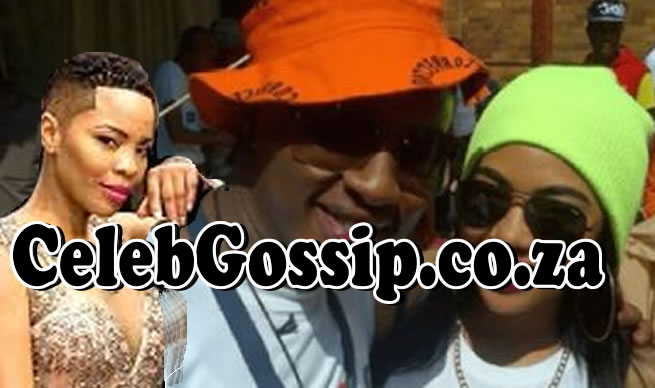 Axed TV presenter Molemo “Jub Jub” Maarohanye has issued a statement announcing that he will be laying charges of crimen injuria and defamation against two well-known female media personalities and his cousin for accusing him of rape.

The statement was issued through family spokesperson Andile Ngcobo. According to the statement, he will also press charges against Bonokuhle Nkala, who claims to have witnessed him abusing Du Pont.

Maarohanye announced on Podcast and Chill with Mac G that he “smashed” Du Pont.

Following the podcast, Du Pont released a video statement alleging that Maarohanye raped and physically abused her for two years.

He also said he will serve each of them with letters of demand to retract and apologise for the defamatory allegations they made against him.

“It is unfortunate that these heavy allegations are false and fake, as a family we met Amanda Du Pont when our son introduced her to us, we accepted her as one of our own.

Amanda also introduced our son to her father. During their relationship, they had mutual respect and understanding, love and support,” Ngcobo says in the statement reads.

“The claims and serious allegations by Ms Du Pont were clearly concocted to injure and defame our son’s name which he is working hard to safeguard.”

Maarohanye also denied Masechaba’s claim that he raped her at his mother, Jackie Maarohanye’s house and said he turned her down when she hit on him.

“He will be opening a case of crimen injuria and defamation against Amanda Du Pont, Masechaba Khumalo, Bonokuhle Nkala, and Refilwe Khumalo who have been pulled in to campaign against our son by Amanda Du Pont on her social media page.

“Molemo our son and his management team will not leave the claims unattended,” the statement read.