Home Celeb Gossip This is what Idols SA season 17 winner Berry plans to do... 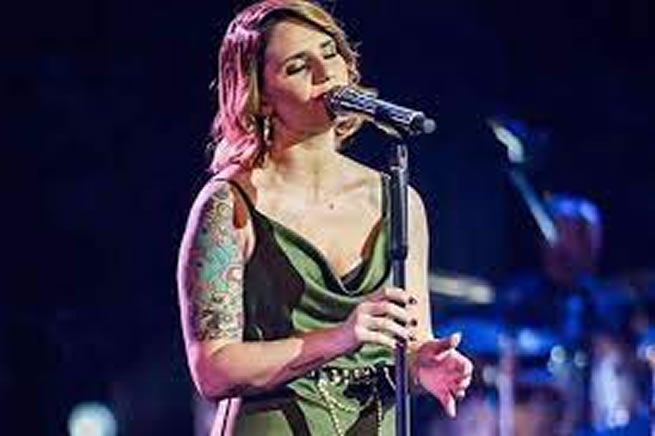 Newly crowned Idols SA season 17 winner Berry plans to use some of the cash prize money she won to settle her debts, while the remaining amount she will invest in her music.

"I also want to invest a portion of that money to one day buy a house for my family because we don't have a house. Even now, before Idols SA gifted me a car, we didn't have a car – so I want to accomplish those goals as a parent to provide a home that my kids can always come to," she said.

The 30-year-old singer managed to capture the hearts of viewers with her soulful voice and for treating the isiZulu language with reverence and respect with her new single, Ungowami.

“I had no idea I was going to win. Every single week I thought I was going to go home, but I believe SA voted on who they enjoyed the most this season and I don’t ever want the other contestants to think they weren’t good enough, hence I was humble about my win last night. I’m just grateful that South Africans showed their belief in me by voting,” Berry said.

“Keeping a positive mindset week after week was quite challenging, because despite all the extensive singing and practising, I was just missing my family.”

Berry left her career in tap dancing and ballet in pursuit of a music career.

“I went to the Waterfront Theatre School for a year, but I realised that tap dancing and ballet were not my thing. I then decided that I needed to focus on my singing, something I took very seriously hence I decided to enter Idols,” Berry said.

Raised by parents who are opera singers, Berry realised she had a keen interest for singing and music at an early stage in her life but only fully showed interest in her talent at the age of 11.

“I grew up in a house of opera and classical music. My father, who was also a principal, wrote musicals and plays at Camps Bay Primary School where I attended," Berry said.

"We would perform in those musicals, it brought me so much fun and joy. I guess I knew from a very young age that singing is all I ever wanted to do. When I was 11 years old, I officially started vocal training with my mother, who’s also an amazing opera singer."

Having been away from her family for almost four months, Berry believes her time in the singing competition was worth it.

“My most memorable moment was when I sang Amanda Black’s song, Power. The reaction I received from Unathi left me in tears, I never wanted to ugly cry on stage. It was one moving performance that I felt in my heart and soul,” she said.

Berry added that all she wants to do now is sing, create new music that matters and tour the world.

"I would like to create a long-lasting sound that will surpass all generations. I'd like to leave a mark. The artists I would like to collaborate with are group band, Gold Fish and of course Black Coffee because I believe they have an international sound which I would like mine to be like as well."