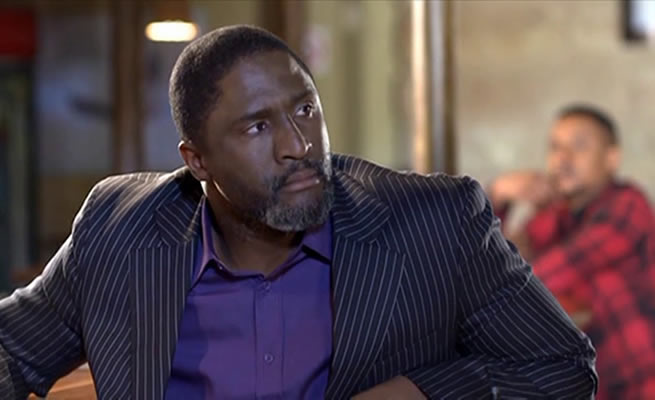 The former Isibaya actor, who plays the role of Menzi in the weekly soapie, asked to be excused from the show, while Gwala-Ngandu, who portrays the character of Fikile, was allegedly dropped by the producers.

Sources close to Mthabela say that the actor, who is known for his role as Duma on the now canned Mzansi Magic soapie Isibaya, decided to leave Imbewu: The Seed because he was “becoming increasingly frustrated with his Casanova role, which was not sitting well with his personal life, as he is a devoted Christian church member and is married”.

The source said:
He was tired of this role, [which sees his character] changing women all the time when he is a God-fearing man in real life. When he joined Imbewu: The Seed, he was not aware of the turns his character would take as a womaniser.

The actor was allegedly tipped for a role on popular SABC1 soapie Generations: The Legacy on his return to Johannesburg, but he told City Press that his move to the show had not worked out as he had hoped.

“I did audition for Generations: The Legacy, but they took someone else,” Mthabela said.

He added that he was not leaving Imbewu: The Seed on a sour note.

“I am leaving the show, that part is true. I have not renewed my contract for next year because I have to go back to Johannesburg to be with my children.

“I had an agreement with my wife that we would give Imbewu: The Seed a try for a year to see how it would be for us as a family.”

About Gwala-Ngandu, the source said: “Phindile’s role will be taken off due to what the producers are saying to be weak acting skills. The new producers were not very impressed, so they did not want to keep her.”

Gwala-Ngandu, who broke into the industry through her popular role as receptionist Nonny on SABC2 soapie Muvhango, asked for questions to be sent to her, but had not replied by the time of going to print.

Imbewu: The Seed spokesperson Thapelo Ramatsui confirmed that the two actors would exit the soapie, but said it would be for a short time.

“They are on a hiatus from the show … They want to explore other avenues, such as other work opportunities. Durban is quite a stretch, so if they want to pursue other interests in Johannesburg, we give them leeway to pursue other projects and possibly come back. We did not fire anyone,” Ramatsui said.