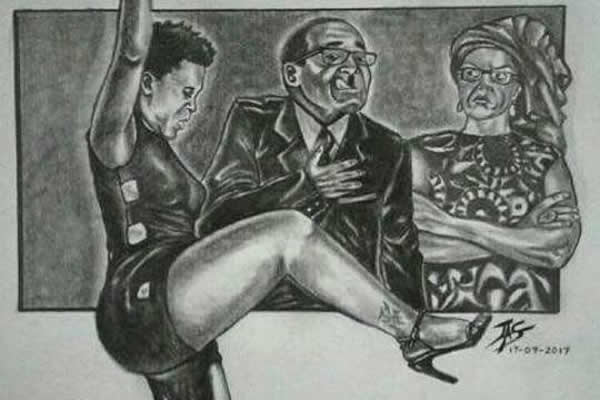 Warning: This article contains content of a mature nature

Panty-less dancer Zodwa Wabantu has caused a stir when she posted a video on Instagram, which showed her removing her panty mid-performance.

In the short video, Zodwa is seen taking off her panty in front of a cheering crowd; and she then proceeds to twirl her underwear around her finger.

This is not the first time Zodwa, who is known for her nearly-naked antics, has removed her panty on stage, and in 2017 the Zimbabwean Tourism Authority requested Zodwa to put on underwear for a performance in Harare – which she refused to do.

Social media comments on the p0rn-like video has been divided. While some commended Zodwa for spreading sex and body positivity, others have called out the entertainer for her racy behaviour.