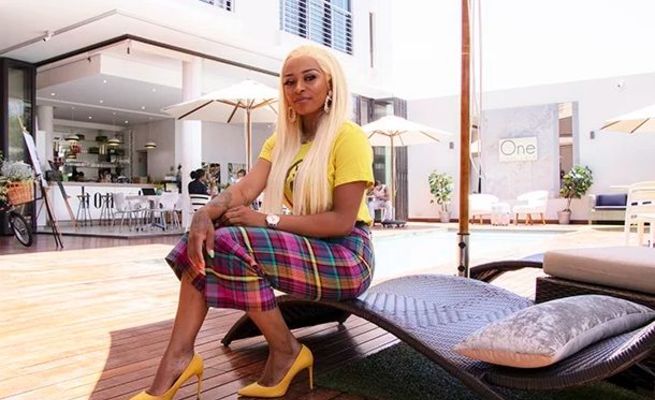 DJ Zinhle has refused to appear on Lasizwe's Drink Or Tell The Truth.

Lasizwe's show has since became a  hit when it first premiered on Youtube with him interviewing celebs like Zodwa Wabantu, Boity Thulo and Nadia Nakai.

However DJ Zinhle has made it clear that she does not want to be part of his show because he is going to ask her “sh*t questions.”

The mother of two boldly told Lasizwe that the reason she does not want to be part of Drink Or Tell The Truth is that Lasizwe asks the most controversial questions and pushes his guests into a corner.

Lasizwe was left disappointed when she refused, stating that she’s a mother of two and she’s not trying to roll like that.

“In front of 6 000 people I will not come to that show, you will ask me bulls***t questions. What are you going to ask me?” asked Zinhle.

Lasizwe laughed and said he would not ask her questions that would make her uncomfortable.

But Zinhle did not budge and she said, “you definitely would.” if you have something you want to ask me do it now.

Lasizwe tried to convince her saying she has a choice to not answer some questions, but Zinhle held to her guns and said she is a respected mother of two children.'