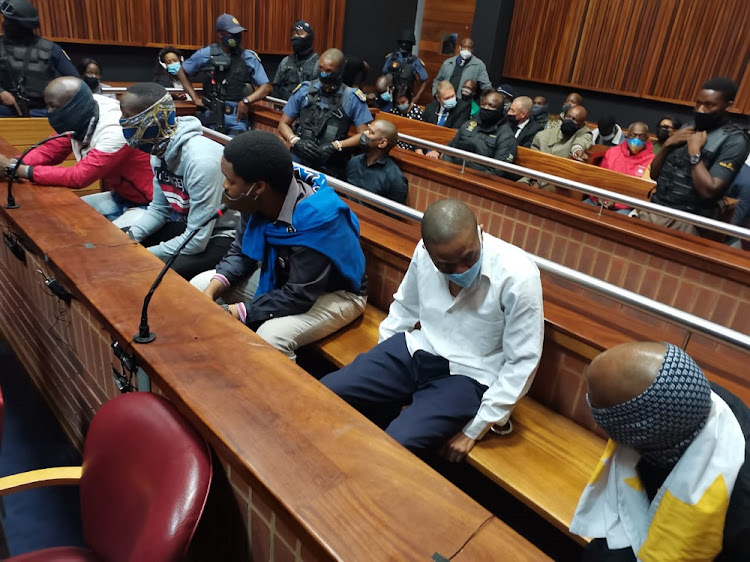 The state on Monday presented an agreement between the prosecution team and lawyers representing the five accused for trial to start on April 11 to April 29. Trial will then continue from May 30 to June 17.

Prosecutor George Baloyi told the court that the defence met with the state earlier this month to prepare for trial and the dates were confirmed by all the parties.

“All the preliminary arrangements have been made. Trial should commence on April 11. All the parties will be ready for trial. Witnesses are from the Vosloorus area,” said Baloyi.

Baloyi told the court that lawyers for accused number 1 and 5 have requested time to consult with their clients, while the rest of the accused have been able to see their lawyers.

He said the matter will be moved to Pretoria in order to have a bigger courtroom.

Meyiwa was shot and killed on October 26 2014 at the home of then girlfriend Kelly Khumalo in Vosloorus, on the East Rand.

Muzikawulahlelwa Sibiya, Bongani Ntanzi, Mthobisi Mncube, Mthokozisi Maphisa and Sifiso Ntuli have been charged with the murder, attempted murder, possession of firearm as well as robbery with aggravating circumstances.

The men were arrested in October last year.

During their first appearance, some of the accused refused to get into the dock, saying they had nothing to do with the murder of Meyiwa.

Ntuli, who was arrested by the task team investigating political killings in the province, was found guilty of the 2016 murder of ANC councillor Thami Nyembe, who was gunned down in Nongoma.

Ntuli's case was adjourned until December 9 for sentencing.

The five men sat calmly during proceedings in the high court sitting in Palm Ridge magistrate's court. The court had heavily armed personnel from the police and correctional services personnel.

Some members of the public were asked to leave as the courtroom became small due to the media and security personnel present.

They were remanded in custody.