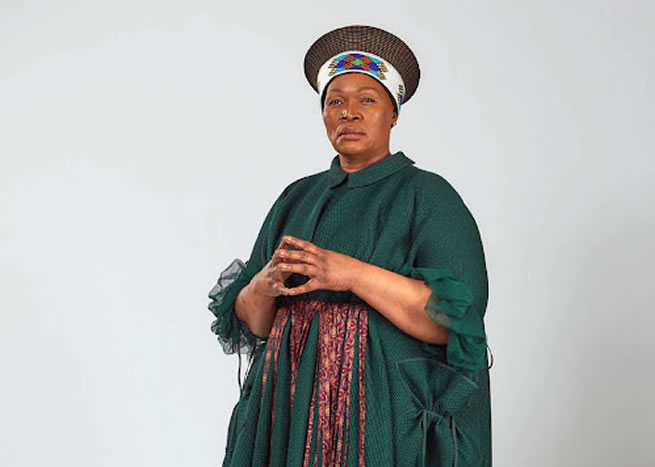 TV and film actor Delisile Malinga is living proof of the argument by some critics that an actor's TV career begins after 40 years.

TV critics argue that when you are over 40 it is easy for an actor to get a lead as a mother or a father of a household. Malinga, who has appeared in numerous TV shows — ranging from drama series to soapies and telenovelas — has been acting in supporting roles. After more than two decades as an actor, Malinga finally scored a lead role in the hard-hitting drama series Umkhokha on Mzansi Magic.

The seasoned actor, who is a private person, plays MaMzobe Gumede in Umkhokha that started two weeks ago. She is leading the storyline alongside another experienced thespian, Sthandiwe Kgoroge.

Her journey that began in community theatre projects in Umlazi, Durban, and was fine-tuned by acting classes, has been punctuated by passion, patience and hard work. Though her break came with a show called The Teen on a Tightrope in the mid-1990s, she captured the imagination of TV viewers with the role of Sarah Ngcobo in Generations.

Since then she has appeared in TV productions like Broken Vows, Gazlam, Greed & Desire, Isibaya and Rhythm City. Malinga, who has had to wait decades for this moment to come, is understandably excited to have landed a role of a devious bully and greedy woman, MaMzobe.

“Well I feel so blessed as acting has and always will be part of my life. I am definitely ready for more big roles like this. I'm really blessed to be part of the current show on Mzansi Magic,” she says.

“Taking this character was not an easy thing as I have to go through MaMzobe, who is totally different from me and as an actor I always have to prepare myself for such time. I am a peacemaker and I can’t say that about MaMzobe. Though she is a woman of her own, I believe this role came at a right time.”

She defines MaMzobe as a master manipulator who steps on any toes to get what she wants. In the two weeks that the show has been flighted, MaMzobe has shown that she is the kind of character that you develop a love-hate relationship with.

“She has been trying to get her husband Difa Gumede (played by Sibonile Ngubane) to take up a leadership role in church,” Malinga says.

“According to me, MaMzobe doesn't care about anything and anyone. It's her way or the highway. She goes for what she wants and doesn't care who gets hurt in the process. She's very manipulative and her big dream is to control the church which she believes she contributed in building.

“At home she's always on a mission, she lives in her own world. She loves her family because they're there for her. As for her husband, she doesn't care any more but wouldn't allow anyone to take him away from her. In her head, the church is hers — period!

“I personally think something happened to her in the past that provoked her to do what she does. She needs help. MaMzobe is totally different from me [in real life]. I will never do what she does in a million years. I'm a loving person who resolves issues differently. I carry a positive energy wherever I go and maintain peace around me whereas with MaMzobe, it's a different story.”

As the drama series continues every Sunday at 8pm, Malinga promises more drama because it is a never-ending story with MaMzobe. She warns viewers to expect the unexpected in each and every episode. Malinga believes that the story of Umkhokha will educate the public because it tackles a subject that people can relate to. She believes that there are many MaMzobes out there in the society who are not even aware of the impact of their actions.

“What is happening on Umkhokha would be like a mirror where people will see themselves and do introspection. The show will encourage people to change their ways before it's too late.”

Malinga arrived in Johannesburg in 1994, when apartheid was ending, looking for greener pastures. Her journey has been full of ups and downs. When she arrived she joined other actors at the Civic Theatre in Braamfontein.

After her first show on TV she did movies and a bit of behind-the-scenes work. The soft-spoken actor always wanted to be a TV star since growing up in Umlazi. She says from a young age, she has been passionate about acting.

What has kept her going even though she feels that actors do not get the respect they deserve is that she is doing something she enjoys. If Malinga is not acting, she is busy running a project she started seven years ago called Zizezande Youth Development. Through it, she develops acting talent in the township for free.

“I believe that a lot of things that we wish to do we are always stopped by the fact that we don’t have money. I would love to start shooting our own projects creating job opportunities for all our members because I know how it feels to have parents who don't believe in your dreams sometimes,” she says.

“I believe we all have stories to tell, so on the side I registered a production house company and my children are very creative. We would like to do movies, documentaries, talk shows, creating more jobs behind the scenes as well.”