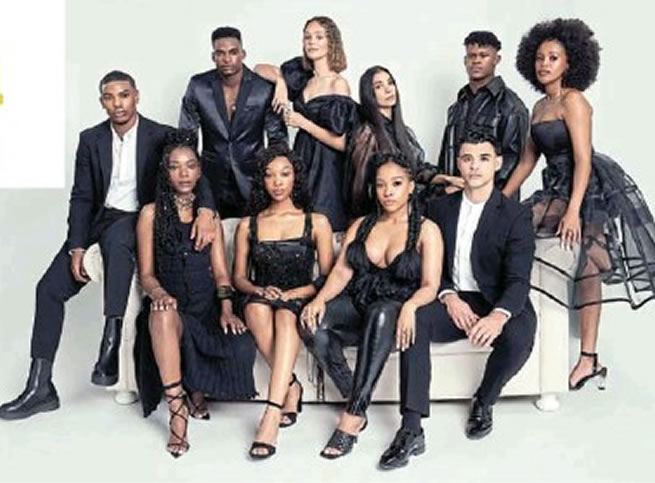 Blood & Water changed Ama Qamata’s life, and playing Puleng Khumalo in the Netflix show, back for a second season, set her to superstardom. But can you believe she almost turned down the career-defining turn?

How did you end up as a lead in such a big show?

You were a drama student at University of Cape Town at the time. How hard was it to drop out?

There were a lot of challenges that came with the decision to take the role. I auditioned not knowing it was a Netflix show at the time. I just showed up for my audition. So, having to drop out was a difficult decision. I almost didn’t take the role because I didn’t want to leave school.

What convinced you to take the role?

My mom was like, “are you insane?” You are going to take this role, this is a once-in-alifetime opportunity. You can always go back to school. I have her to thank for encouraging me to pursue my dreams and believe in myself more.

What kind of student were you in high school?

I was an average student. I was good in drama, English and history. The others I will just pass. I liked the fact that my mom never put pressure on me to be an A student. I couldn’t wait for high school to end because I wanted to be an actress and my mom said she would let me do that once I was done with school.

How has the show changed your life?

I still feel like Ama and my family still treats me like Ama. I still wash dishes – actually I don’t [laughs]. I try by all means to stay grounded and not let everything get to my head. I still want to be me and not feel the pressure that everyone puts on me.

What kind of career do you want to have?

I’m definitely not going with the flow. There are intentions and plans put in place with my team. But I think it’s all up to God at the end of the day. I just want to continue to grow. Ultimately, I want to represent African talent on global stage.

Were you surprised by how the show became a hit?

I think before there was lack of trust in the industry to tell our own stories from our own perspective. There was a doubt over whether it will be a commercial success and will people gravitate towards it. The show proved that we can be trusted and produce results.

How was it like to film second season during Covid-19?

It was tough because a lot of us hadn’t done it before. We didn’t know what to do at first. There were a lot of safety precautions that were taken, and even on set we had to social distance at all times.

At the same time, it was incredible because we were all in a bubble and stayed at the same hotel/apartment because we wanted to minimise risk of catching Covid. We were literally playing games as grown as we are, like hide and seek. We were cooking for each other.

Who is the best cook?

I can’t cook. But surprisingly Dillon [Windvogel] is a good cook. But wait before I lie! So, Dillon, Khosi [Ngema], Leroy [Siyafa] and myself will host each other a lot. So, Khosi and I made dinner for them. We made brown rice, stew and a whole thing. Then we went to their place [Dillon and Leroy] and they put pizza in an oven.