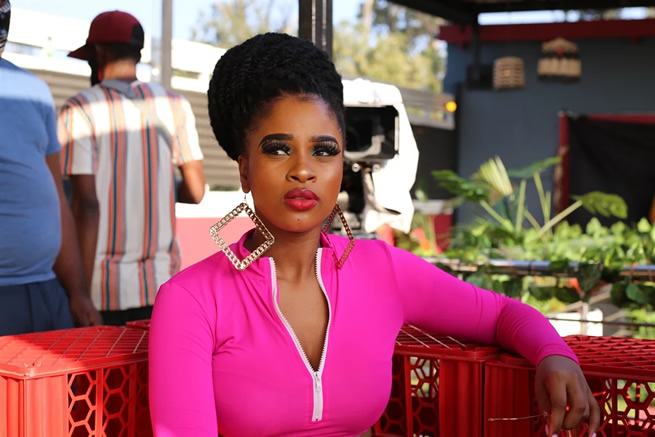 Nomalanga Shabane has joined the cast of Uzalo, where she plays a magosha named Cocoa.

The actress said viewers will be blown away by her character.

“Cocoa is a sexy woman who is only after money. She’s a prostitute and a gold digger,” said Nomalanga.

She said Cocoa’s first victim is police officer Nyawo, who is played by Cebolenkosi Mthembu.

“Nyawo is stingy but Cocoa will find a way of sucking his pocket dry. They get into some kind of a relationship but Cocoa doesn’t know how to love. She is only after money. It’s sad because Nyawo doesn’t earn much,” said Nomalanga.

The talented actress has acted on numerous films including Love Lives Here and The Letter Reader, which were aired on Netflix.

She said landing the role on Uzalo is a dream come true.

“Uzalo is the biggest show in Mzansi. I’m sure every youngster wishes to be part of it. What I like the most about it is that it discovered a lot of previously hidden talent. And it exposed talent and skills in youth. There are actors who are popular and have grown because of this telenovela. And I believe the Cocoa character will open a lot of doors for me,” said Nomalanga.

“Everyone must be glued to their screens because Cocoa is bringing fire. They must know though that I’m not like her. I love making my own money and I hate playing with other people’s feelings,” she said.