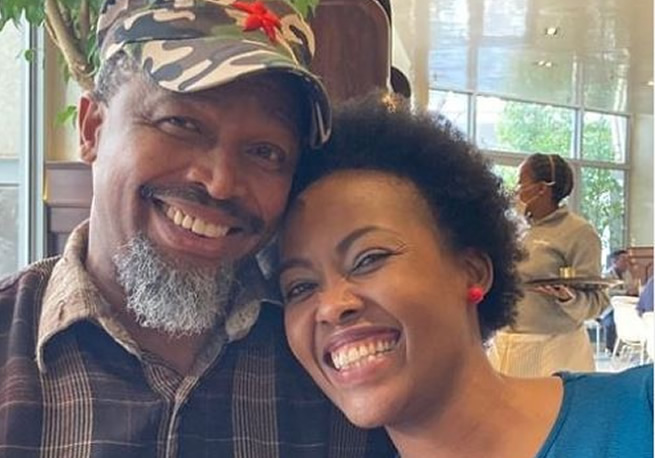 After making peace with the fact that he may be single for the rest of his life, Sello Maake has found love again in his new fiancé, Pearl Mbewe.

Love is truly in the air at the Maake kaNcube residence as Sello Maake has taken to social media to announce that he asked Pearl Mbewe to be his wife, and she responded with a yes!

In his sweet post, Maake mentioned how he had accepted that he would remain single for the rest of his life, but now that he has found Pearl, he will never long to find another partner ever again.


“She said yes! Meet my wife Pearl Mbewe. I made her the one and I never longed to find anyone anymore .. I had made peace with being single but now I’m I know ready to tell my story. Being happy is the way and she holds her own,” said the actor.

While taking on the role as MC at the late Shona Ferguson’s funeral, Sello mentioned how he admired Shona and Connie’s 20-year marriage, and then revealed that he had never experienced a long-lasting love like theirs because all his past marriages were short-lived.

“You know, after your 10th anniversary, I met Shona on the set of Scandal! and I used to say to him: ‘You know, you are a marathon runner. As for me, I seem to be a sprinter. All my relationships and marriages are short distance, but you, you’re in for the long run. Hold on’, and he did,” said Maake.

Pearl and Sello have been together for quite some time now, and even though Pearl’s social media pages have some evidence of their love which dates back to months ago, Sello took their relationship public only shortly after Shona’s memorial.

The couple was a trending topic a few weeks ago after a Twitter user pointed out the noticeable age gap between them.