Home Celeb Gossip Penny Lebyane on the abuse she suffered in the hands of ex-boyfriend... 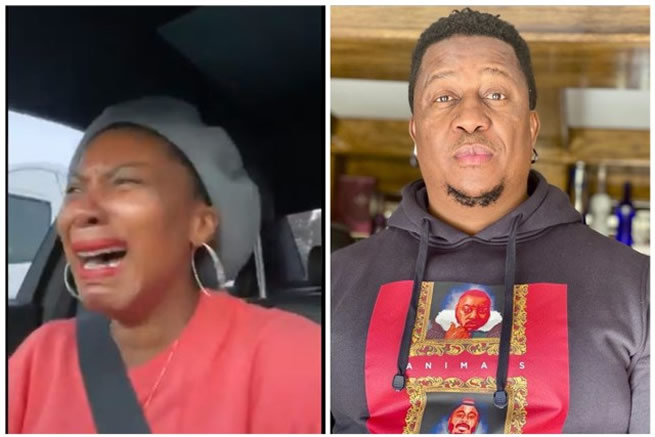 Lebyane refuses to pay DJ Fresh's legal costs, and is still looking for answers as to why he mentioned her name in his court documents.

Broadcaster and media personality Penny Lebyane is not backing down as she is set on facing DJ Fresh in court to get answers, and is challenging the recent order against her made by the courts.

Penny took to social media recently to post the article published by City Press which followed the interview she had with the publication.

In the caption of her post, she expressed how she was tired of being silent in the face of the unfair treatment that she has received from the courts and Fresh, and that she is willing to fight nail and tooth for justice, as she strongly feels that the abuse of power has to come to an end.

“I will not be victimised. I will never live in fear again. I was a child now l am grown. I know it’s bigger than me and l will stand cause l understand abuse of power has to be stopped period. The courts of this country cannot be used to silence us,” she says in the caption.

She also goes on to reveal that her lawyer was bullied throughout the court case, and that she is determined to fight for justice for not just for herself and her lawyer, but everyone who has ever experienced what she has gone through.

“My lawyer was bullied and psychologically abused so it’s not about me cause it was never about in the 1st place. I am not tired, l just begun cause our children deserve better. l am my sister’s keeper, l am determined to stand in the gap and face it,” she said.

n 2020, Lebyane joined forces with Ntsiki Mazwai to take on her ex-lover DJ Fresh (real name Thato Sikwane) in the courts, after the radio DJ mentioned Lebyane in the documents of his court case against Mazwai.

Earlier this year, the media personality’s application to face the DJ in court as a second respondent in the case made against Mazwai was dismissed, and Lebyane was also ordered to pay up to R79,000 in legal costs for Sikwane.

Talking to City Press, Lebyane revealed that she had applied to the Johannesburg High Court to challenge the court order, and that she is still determined to get answers as to why Fresh had mentioned her in his court case with Mazwai.

“All I am asking is why my name was mentioned in his court documents. If I can just get an answer to that…I have other options that I can use, but you took my name to court, so please explain to me in court.

“The fact is that I am not paying you a cent, you will never see a penny from me,” said the television personality.