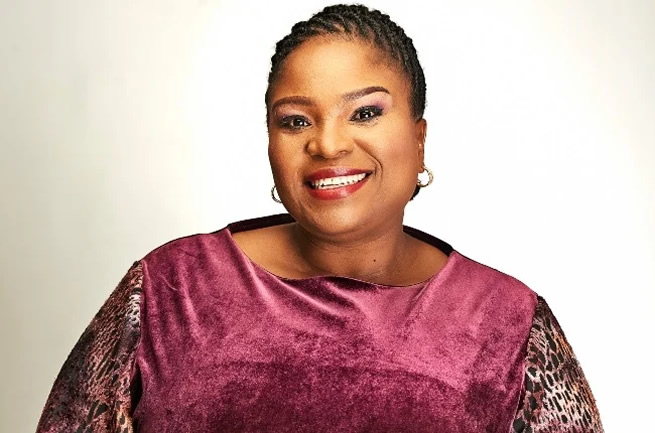 She's a familiar face on TV and makes every role look easy.

But starting a new character can be daunting, she shares. And she's played them all.

From the shebeen queen, Mam’ Ruby on Generations, the sweet Blossom Khuze on Rhythm City, the evil prison warder, Beauty Gumede on Lockdown to now being this rich businesswoman on Scandal, Nomvula Kubeka.

With decades of experience in showbiz, actress Slindile Nodangala is not done yet.

The Kubeka family is expected to shift gears on the soapie as their much anticipated arrival is getting closer. They will make their debut on 2 September.

In between her busy shooting schedule, Slindile finds a bit of time to give us a glimpse of her character as she plays a leading role on the show. She is the matriarch of a powerful family and is married to Vukile (played by Fana Mokoena).

It is quite a thrill and very different from the roles she has played, Slindile revealed.

Nomvula is somewhat of a “fixer” in the family and uses her cunning demeanour to manipulate any situation.

"I love the fact that she lives in a mansion, she owns a successful business and drives my dream car," Slindile says.

It is a whole new world for Slindile and she admits sometimes having to bring a character to life can be unsettling at first.

"With every new role, you're faced with a million choices on how you want to portray the character, it becomes a daunting task to be honest.

"You have to trust your choices and to get to that point where you finally give yourself the go ahead, and say stick with this choice, because it will give the role all it needs to be relatable and believable. However with a new character you rely on the character brief until you understand the assignment as they say.

"It's my duty as an actress to make sure I understand the brief and discover the unspoken word," she says.

It's a whole new role, a whole new being that you are stepping into, a whole new energy, new mannerisms, new ways of thinking, you have to find her mojo, making her language your own, understanding her beliefs and values so it doesn't matter how experienced you are, it's still not easy to step into a new role."

When it comes to longevity in the industry, Slindile says it is "the Grace of God" that has kept her going.