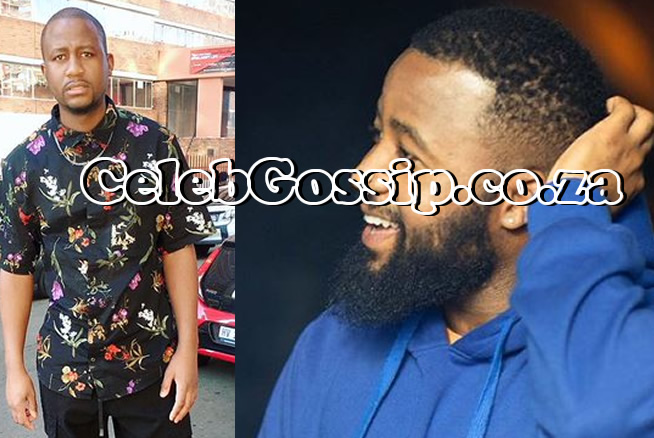 It can be a bit of an issue. He walks through life with a face that looks so much like that of rapper Cassper Nyovest's that he's often mistaken for him.

Looking at his social media, the resemblance could easily be attributed to PhotoShop or some other app, but when you see him face-to-face, he definitely looks like the musician.

Dumisa Ncube (31) has been called Cassper-lite on social media and some have even insisted the two are brothers. Some have gone as far as petitioning for DNA tests.

Dumisa laughs off the comments and doesn't get offended even though some can be out of line.

“Everywhere I go, people stare at me like I am a celebrity. But nowadays, since Covid-19 and the wearing of masks, it’s a little better because they don’t see my full face.

“When I remove the mask, the questions come up. ‘Do you know Cassper? Are you related or something?’

“My answer it always the same, I tell them I don’t know him,” Dumisa said.

The Zimbabwean-born sous chef at an upmarket Johannesburg restaurant says people began noticing the resemblance in 2015 when he started growing a beard.

This is also a time when the rapper was getting more popular.

“I got the reactions from everyone, even the friends I chill with. But now it’s worse because it’s wherever I go.

“I remember some other day I was at Spur, sitting outside and enjoying a drink with sunglasses on, some kids started shouting, 'Cassper!' And I had to say, 'No, I am not him.'”

People are either disappointed when he tells them he's not Cassper, or just refuse to believe him when he says they are not even related. “I have not met him. Like his fans, I have only seen him on TV or social media – and that’s it.”

Dumisa says he even had to check in with his father back in Zim about this.

“I asked my dad, did you have a girlfriend in South Africa? He told me, ‘Nah, I only worked there’.”

He has a brother and sister and they look like his mother. Dumisa tells us he looks more like his uncle who lives in the UK and his dad. There is nothing he can do about it, Dumisa says. He has learnt to deal with it.

“If you come closer and see, you gonna say, ‘Yoh!’

“If I don’t cut my hair, or if I wear sunglasses, it’s worse. We look alike, that much I know. I always shave my beard now,” he says.

“I could be in a taxi and get crazy reactions. I just laugh and some people even ask for pictures.”

What helps convince people that he isn’t Cassper is that he's taller than the Siyathandana singer and he has a smaller body frame.

People are so puzzled by the resemblance that they've been tagging Cassper on the pictures – so much so that the rapper had to ask them to stop.

Dumisa says there are even people coming to his workplace to see if it is really him gaining so much attention on Twitter for looking like Cassper.

“My boss even asked, ‘Dude are you trending?’ It’s funny.”