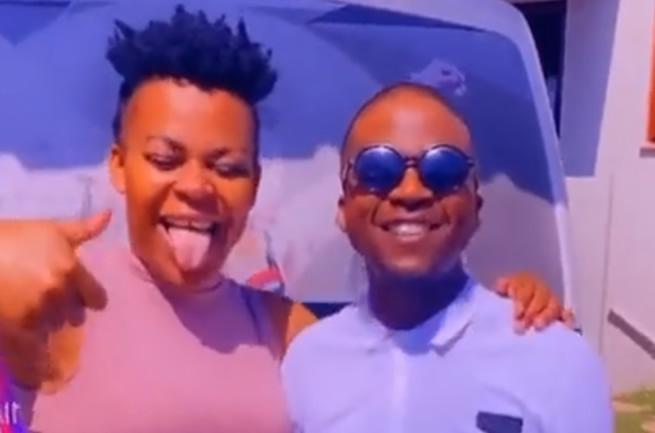 But they are also entertaining each other in bed.

According to Zodwa, they are sex partners, Zodwa revealed that after a video surfaced, where she told TV personality Lasizwe Dambuza that she had sex with Thabo.

In the video, Lasizwe is heard asking Zodwa about the person she recently went home with after “ebumnandini” (going out).

Zodwa replied: “The famous person that I had sex with I think three weeks ago was Thabo of Black Motion. Yes, we had sex. It’s not a secret. Apparently he has a girlfriend but that’s none of my business.”

Zodwa, whose real name is Zodwa Libram, said she is not in a relationship with Thabo, but they are just sex partners.

“Yes siyanyobana (we are having sex). Its not a secret. If it’s a secret, that would mean that I’m doing something dirty. Why would I make that a secret? I’m not having sex with a married man like other girls do. Thabo is not married,” said Zodwa.

She said Thabo never told her about his girlfriend.

“That is why I’m saying ‘apparently’ in a video because Thabo did not tell me that he had a girlfriend. We never sat down and talked. We are just enjoying the moment and have sex,” said Zodwa.

She further said that after she announced in public that she had sex with Thabo, Thabo didn’t mention anything about it.

“What would he say? He didn’t say anything after he saw the video. As I said, it’s not a secret that I’m having sex with him,” said Zodwa.

Speaking about the trending incident, Thabo confirmed that he slept with Zodwa Wabantu. He posted a video to explain the whole thing.

"I was also not seeing anyone else at the time hence I did what I did, please respect the mother of my child, it is fine if you judge me, I don't care," he said.

Black Motion's booking manager Lerato Mothobi said they are not commenting on the matter when reached for cmment.