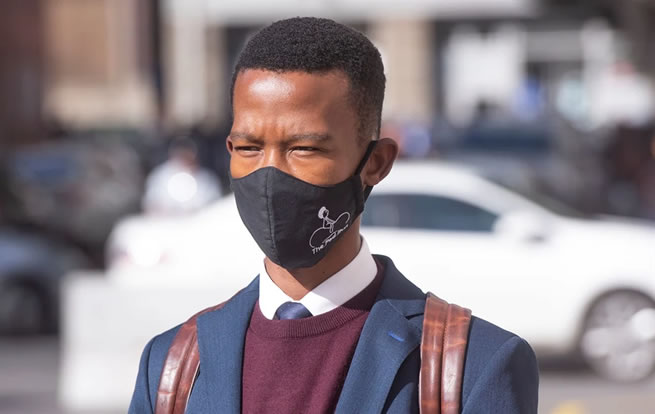 Disgraced TV presenter Katlego Maboe has made a return to social media with an Instagram post he titled: "Gratitude."

In late 2020, Katlego stepped out of the limelight following a very public cheating scandal and abuse claims made against him by his former partner, Monique Muller.

The 34-year-old star admitted to cheating on his partner in an Instagram post on 23 October, but denied all allegations of abuse.


"I had chosen to deal with this matter privately to protect and safeguard our child," he said in his final post, following the explosive accusations.

On Monday, the two-time Safta award winner marked his return to social media with an image of the ocean, which he captioned with a reflection on "the past year".

"It's difficult at such a time to be thinking of a word such as gratitude. The past year has taken so much away from all of us and for some of us, it has taken everything. Be that as it may, I still firmly believe that there is so much to be grateful for especially while facing daunting prospects," he wrote in the lengthy Instagram post.

"We are more than our current circumstances and our continued existence and possible future depends on that belief," he went on to say.

Katlego, who also quoted Bible scripture from Romans 8:38-39, said that he prayed his words "brings comfort, peace, joy and strength to take one more step each time you feel disheartened".

He also expressed sympathy following the death of Shona Ferguson in a separate post on his Instagram Stories.