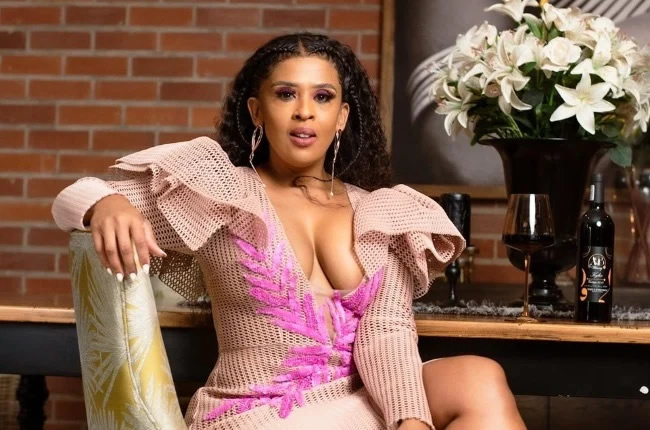 It's still one of the topics that are seen as taboo in some families. Talking about fertility can be quite stressful and painful for some.

But more and more people are opening up about their journeys. One of them is Real Housewives of Durban star Nonku Williams (41), who recently wished her last born son, a happy fourth birthday.

She called him her miracle baby after as she gave birth to him after two failed in vitro fertilization (IVF) procedures.

Before going for IVF, Nonku already had two kids, one from a previous relationship and one from her marriage. She and her ex-husband wanted to have one more child, but she learned after three years of trying to conceive that she was unable to have any more children.

“The doctor used the word rotten to describe my eggs. He told me my eggs were rotten and I would no longer be able to conceive naturally,” Nonku tells Drum.

Under pressure to conceive, Nonku decided to try in vitro fertilization (IVF), which is a series of procedures used to help with fertility and assist with the conception of a child.

“I had two IVFs that were both unsuccessful,” she says.

“I was trying for my last born. My husband and I had been trying the natural way for three years but were unsuccessful. I had two healthy children before then, conceived naturally, no complications even in my pregnancy, I carried them for the full nine months term, with no disabilities and my period was normal. But when we struggled with the last born, I was told about rotten eggs,” Nonku says.

With a three-year frustration and going back and forth to see her doctor, she was advised to try IVF.

“I was desperate to keep my marriage and very stressed. I didn’t even bother to think of going for a second opinion because I was under pressure to make the marriage work,” she says.

“Before going for IVF, you are taken through the steps where you are told you need not be stressed as this may affect the process,” Nonku says.

“But I was permanently stressed and anxious because I needed this to work. My ex-husband was putting pressure on carrying the family name and I wanted to save the marriage. But the entire process was very stressful, and I didn’t have the support that I needed,” Nonku says.

With IVF, eggs are extracted from the body and fertilised with the sperm, and then put back into the uterus.

“For the first seven days, I was given hormones to inject in my stomach every six hours, at the exact hour. A female is born with eggs, the eggs shed off every time you have your period, they then extracted nine eggs, and five survived. In the meantime, the sperm is ready. After a few days, they put them in a lab for the fertilisation process,” Nonku says.

Hoping and praying that the eggs would be successfully fertilised, she and her husband waited.

“When that is done, they put them back in the uterus and you wait for 21 days,” Nonku says.

While waiting, she could not control her stress levels.

“I was anxious and depressed from the pressure because I did not have the support I needed at the time. The process was very traumatic and stressful,” she says.

After 21 days of waiting and praying, the process was unsuccessful.

“I remember, I was at the shopping mall and traumatised seeing blood run down my leg. I felt like such a failure and going back home to tell my ex-husband was the worst because I felt the pressure of having to give birth,” she says.

Without wasting any time, the next day she was back to see her gynaecologist to try again.

“The next day my ex-husband woke me up and said we needed to go try again. I did not have time to heal or process the information but was put under pressure to make sure I conceive.”

The second time also did not work out.

“I don’t know if this was caused by the amount of stress and pressure I felt. But it did out work out and I was devastated again,” she says. “The process was not cheap and the emotional burden I carried without support was too much.

"But after having given up, three months later, I fell pregnant naturally,” Nonku says.

“Four years later, he is healthy, intelligent, and incredibly smart. He is always ahead of all my children and he was even the first to start walking,” Nonku says.

“But for me, I believe many factors came into play; the stressful marriage, and not going for a second opinion from a doctor might have been the reason. I don’t know but all I know is that I gave birth to a miracle baby, who I call Phendulile because he changed everything and gave me so much joy,” Nonku says.