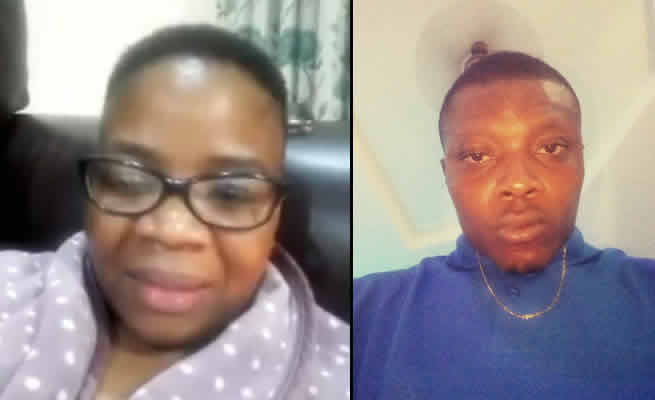 Sunday World reported that the Limpopo state official whose sex video was widely circulated last week is allegedly the victim of extortion.

The Citizen reported on Friday that the explicit video that started doing the rounds should not be shared, according to experts. We have seen the video concerned and was informed of the identity of the woman concerned, but sharing such sensitive and private footage could make one liable for prosecution.

Daisy Maseleme allegedly got herself into an online love affair with a younger man without realising he was recording her when they had video call sex. He allegedly then posted the footage on social media, and she was reportedly so shocked that she needed to be hospitalised. Her wedding ring can be seen in the footage.

Her husband is a lawyer who works in the same department as his wife.

Sunday World reports that she was admitted to a psychiatric facility after the video with her “Nigerian lover” leaked. The man can be seen in one corner of the video, also engaged in a sex act.

The paper spoke to the woman, who was too upset to make a statement. Her husband also did not wish to comment. A leaked conversation between Daisy Maseleme and a close friend, reveals that Emmanuel had demanded US$10,000 from her or else he would leak the X-rated video which www.celebgossip.co.za sources say has seriously affected her marriage which is already on the rocks despite being just 4 years old.

"I don’t have the money he’s asking for. If he decided to leak the video he took of me without me being aware. I hope blackmailing me makes him feel better."

Our source said Daisy married her husband, a lawyer, Tshepo Maseleme in 2014 in a colourful wedding. The mole added that Daisy is now in hot soup with her in-laws who are now demanding that she be sent packing.

"We attended her wedding four years ago and it was so nice. Imagine they arrived to the wedding venue in a helicopter. Unfortunately their marriage is already on the rocks. Although Daisy apologised in person to Tshepo's relatives before the video even leaked, her in-laws didn't take lightly. They believe she has been cheating on Tshepo before and they don't want anything to do with her anymore. Tshepo is not talking about it, he is keeping his cards close to his chest, but his relatives are pushing him to divorce Daisy," said a source who spoke on condition of anonymity.

In the video, which has since gone viral on Facebook and Twitter, the married woman could be seen playing with her punani, whose 'lips' a quite lengthy while on a video call with her youthful lover.

The video clip appears as if Daisy Maseleme was calling from her home as she was sitting on a couch with curtains and a kitchen in the background. It ends when the bespectacled woman, who was clad in a bathroom gown, appears to have reached the big O as she screams with pleasure.

Sunday World spoke to the woman’s counsellor, who told them the woman allegedly fell victim to a demand from her lover for R135 000 to keep the video private. The woman was not able to raise the money, and the video then leaked. The Citizen has seen messages of someone trying to sell the footage to the highest bidder earlier this week.

Meanwhile, sources have exposed the alleged Ben 10 who has since been identified as Emmanuel Ngwu. According to another online publication, he is allegedly a Nigerian scammer who sexually lures vulnerable South African women and blackmails them for money in exchange for silence, a report claims.

According to legal experts, if you re-share such private material, you could technically be treated as a cyberbully, or worse.

South Africa has pending cyber-legislation that includes criminalising the distribution of intimate images or footage without consent.

The proposed bill includes possible jail time of up to three years and/or a fine if a message is found to be intimate in nature (ie, involving nudity), and is distributed without the consent of the person depicted.