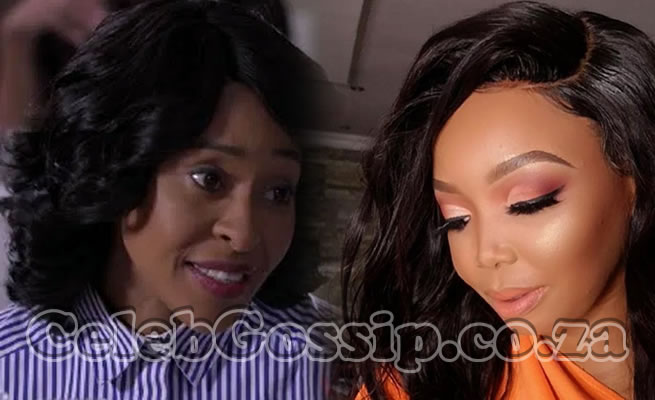 The Queen actress Zandile Msutwana, who plays Vuyiswa is back on set.

She has been on leave since March after she sustained an injury while on set and was booked off to recover at home.

Shortly after the injury, she was temporarily replaced by media personality Thembisa Mdoda-Nxumalo, who has been playing the role since April.


“We have no doubt that with Thembisa’s immense talent and skills, along with the support and guidance she has received from Msutwana, the character of Vuyiswa Maake will continue to steal the hearts of the viewers.

“We are very excited for Mdoda-Nxumalo and thankful to her for taking this gigantic challenge with so much grace. We wish Msutwana a speedy recovery and look forward to her return soonest,” Mzansi Magic said.

Speaking on her return Zandile said she is excited to be back on set.

“It has only been a few days since I returned on set and I am still taking it one step at a time, but what I am sure of is that I am happy to be back doing what I love,” she said.

“I don’t know where to begin. I missed everything about that show. I missed being around the whole team, creating magic together with the cast and crew, and the conversations that we have while chilling together.”

Zandile also thanked everyone that has been supportive towards her during her recovery.

“Thank you doesn’t begin to express my appreciation for all of you, I appreciate every call, text, DM, mention, prayer, love and well wishes that were directed to me,” she said.

Zandile shared that she will be back on screen later this year in August when the show premieres for season six.