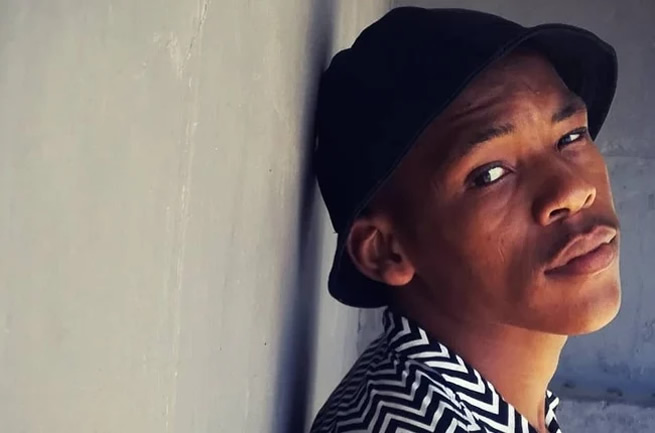 There was a time when he thought his dreams wouldn't come true.

He went to audition after audition and all he received were rejections. That was until he caught the eye of film director Mandla N and things started shifting in the right direction for him.

Akhona Ndlovu (24) is passionate about his craft. He started collecting trophies for best actor, film director at Creative Arts College and knew he just needed the right break to make it.

He now plays charmer Herbert on DiepCity and has ladies glued to their screens.

When I graduated from Creative Arts College with my Diploma in performing arts and production techniques, I started doing theatre plays with some of the students I was studying with.

"We would be a part of festivals in KwaMashu, things became difficult when I started attending screen auditions and I would be rejected. I ended up thinking maybe I should give up because things became quiet after and my family convinced me to get a job. I started working at food retailers working the till. I didn't love what I did so I would leave jobs because I was unhappy."

Akhona says at some point he preferred to sit at home with his acting qualification than to be unhappy doing something he didn't love.

"I did an audition for Mandla N and he was impressed by my acting skills. He was like wow this is good and I went home and I relaxed for a long time. I had even forgotten about the audition. One morning I received a call telling me that I was cast to play Herbert and I remember screaming and I packed my bags and went to Johannesburg."

He says that his big break wouldn't have been possible if film director Mandla N didn't see his potential and acting abilities.

Akhona plays Herbert, an ordinary young man who inherited his uncle's Spaza shop. He hasn't spent much time in Diepsloot and often finds himself falling prey to township gangsters who want him to pay a protection fee for the Spaza shop. Herbert is also deeply in love with his high school crush Nonkululeko (Nox), played by Nozuko-

"I love playing Herbert, I see the similarities between myself and Herbert. It is such a great honour to work next to Nozuko-Ncayiyane, she has great experience and I am learning a lot from her. I am sure that every township has a Herbert.

"The chemistry between Herbert and Nox is real, myself and Nozuko have dedicated ourselves to it. We want to bring true love onscreen, I am receiving so much love from the viewers and the people who know my struggles. I love that DiepCity touches on different emotions and different sides to reality. There's joy, tears, loving and fear," he says.

He's grateful for the opportunity.

"One of my friends called me today telling me that he's glad I finally received my big break. I am truly grateful to Mandla N because he believed in me. The first time [few times] I went to set I used to cry tears of joy. I came with my theatre mentality and he showed me how to be good on character and fit the style."

Akhona says that acting on a huge production is a breakthrough to greater things that he will do in the industry. "I want people to know me for my work and I hope to use my directing skills in the future. I am hopeful that big things are going to happen moving forward. When I think of my friends who have struggled with me I am motivated to work harder not just for me but for them too."