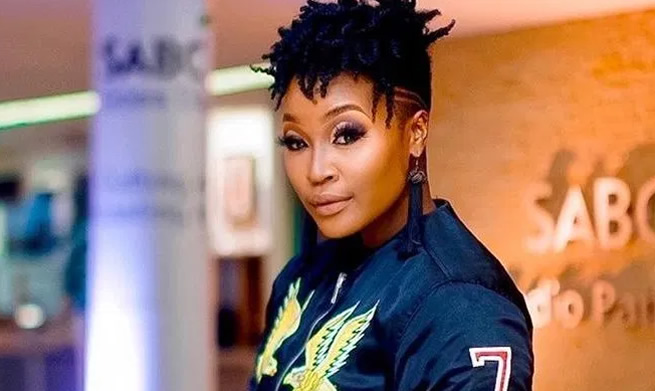 DJ and TV presenter Lamiez Holworthy was attacked and harassed by fans while at a gig in Zeerust in the North West on Saturday, 15 May.

In a video that’s doing the rounds on social media the DJ, known and loved for dancing during her gigs, was surrounded by people who pulled her and wouldn’t let go.

Lamiez took to Twitter to express how angry she was about what happened to her.

She posted a series of tweets.

The media personality said someone was pulling her hair while others were touching her bum. She said not even eight bodyguards could get the people off her.

“I’ve had to deal with a lot of chaos at gigs (as patiently as possible),” she wrote.

“But I need you to help me make sense of someone legit pulling my hair while one or two others touched my bum as security tried to escort me out. In the 11 years that I’ve done this I’ve never felt so violated.

“Eight bodyguards and even that wasn’t enough! I love what I do, but I hate what it comes with. People forget that you’re human and instead treat you like an object.”

Lamiez said the ordeal made her so angry she cried when she spoke about it. She also made it clear in another tweet that she’s not an object.

She wrote: “Went to bed with such a heavy heart. It’s all good now or at least it will be.

“I need to stop talking about last night because it upsets me so much that I end up crying all over again.

“Not because I’m weak but because of how angry I actually am! Bottom line? I’m not an object!!!”

On Sunday, she thanked everyone who reached out to check on her and she said she’s okay.

“Thank you to everyone whose reached out. Ke sharp! Ke lesole – we soldier on. But boundaries? Me? My body?! WILL be respected!!!” she wrote.

I hope this never happens to anyone. Lamiez has every right to be angry bc wtf ??? pic.twitter.com/nPkTlEdzSp