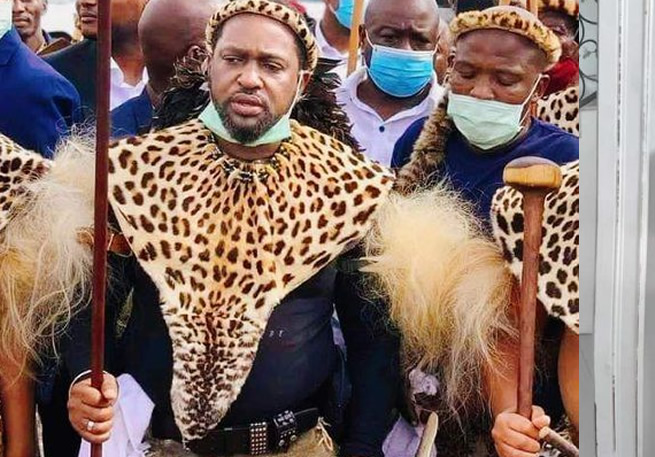 The high-powered delegation from KwaKhangelamankengane palace in Nongoma is expected in Newcastle, northern KZN around 4 pm and will later drive back to report to the king about how the process went.
Inside Zulu King, Misuzulu kaZweltihini Lobola: Eight cows and R50 000 cash for new Zulu Queen

The new king, 47, and the queen, 36, have two children (3 and 9) together, while the king has two other children with other women. It is not clear for now whether he will marry them as well or not. Independent Media gathered that the Mayisela family demanded eight cows and R50 000 in cash. The monarch agreed to pay this on Thursday at 4 pm.

“As I am speaking to you right now we are inside the farm selecting the best cows to present them to the Mayisela family. We will not sleepover, instead, we will present our cows and come back. They demanded eight cows and R50 000 in cash and we happily obliged.”

Prince Mangosuthu Buthelezi, the king’s and Zulu nation’s traditional prime minister, had not yet responded to questions from Independent Media about the lobola delegation.

While the new queen lives around Pinetown, Durban, her ancestral home is in the coal mining town of Newcastle and that is where all traditional ceremonies regarding her new royal status will take place.

Other royal sources said the new queen would take part in the coming royal meeting on Friday. After the meeting, King Misuzulu, together with the queen, will leave for Eswatini to bid farewell to King Mswati III and come back to fulfil their royal duties.