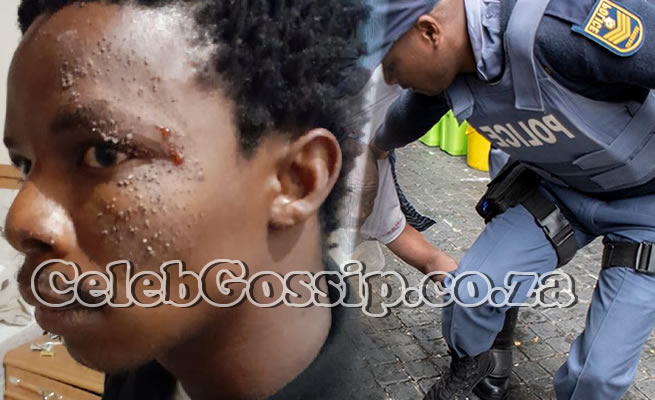 Nelson Mandela’s great-grandson, television presenter and political activist Mayibuye Mandela, has opened a case of assault against the police, whom he claims beat him without provocation at the weekend.

He said he and two friends were driving in a bakkie on the gravel road from Mqhekezweni great place outside Mthatha at 8.30pm on Saturday when they were stopped by four police officers. “It was raining. They told us to get out of the vehicle as they wanted to search it.

“They ordered me to lie on my stomach face down in the dirt. I told them it was raining and I would get dirty. I asked if I could lean against the car so that they could do whatever they wanted to do.”

Mandela said one of them accused him of thinking he knew too much about the law.

“A policewoman and a policeman started beating me with a stick. They forced me down and I ended up sustaining bruises to my face as they put their boots on my head to suppress me.”

Mandela said his other two friends were slapped in the face by the two police officers. He said the attack on him lasted about five minutes. He said he had bruises on his back from being beaten with a stick.

One of his two companions was an older man who is a lawyer by profession. Mandela said all three had been ordered to lie flat on their stomachs.

“I kept on complaining and questioning why we should have to lie down. It’s not like they found anything wrong in the car.”

He said afterwards they had been ordered to get into their bakkie and “get out of here”.

So instead they drove to the lawyer’s home in Mqhekezweni, where they spent the night. He said he took pictures of his injuries before going to bed.

“I went to the doctor on Sunday and immediately after that I went to the Mthatha central police station to open a case but batshona bevela phaya [they were ducking and diving there]. They told me I had to go to Bityi but I told them I did not have a car to get there.”

He said he went to the Madeira police station and after being sent from pillar to post, eventually managed to open a case.

But he only received an SMS confirming the case number on Tuesday.

Sinaye Tywaku, 21, who is from Tsolo and had gone to attend an event at Mqhekezweni, was Mandela’s other companion at the time of the incident.

He said he had been beaten with a stick on his knee by the police officers.

“I can’t straighten my knee even now,” he told the Dispatch on Tuesday.

He said the trio had not done anything to provoke the police. He had also been ordered to lie down on his stomach.

Tywaku said he was trying to open his own assault case against the police.

Mandela said acts of police brutality had no place in a new and democratic SA.

“I am still in shock. It is not because of my surname that I am doing this [laying charges]. It is because police need to understand that in this day and age, police brutality cannot be tolerated.”

He described the officers’ actions as reminiscent of the apartheid regime.

He also accused the cops of copying the brutal Americanstyle policing that led to the death of George Floyd.

Floyd died in Minneapolis, Minnesota after police officer Derek Chauvin kept his knee on Floyd’s neck for nine and half minutes.

Provincial police spokesperson Brig Tembinkosi Kinana confirmed on Tuesday that a case of assault had been opened at Bityi police station.

He said the Independent Police Investigations Directorate would take over the investigation and declined to comment further.