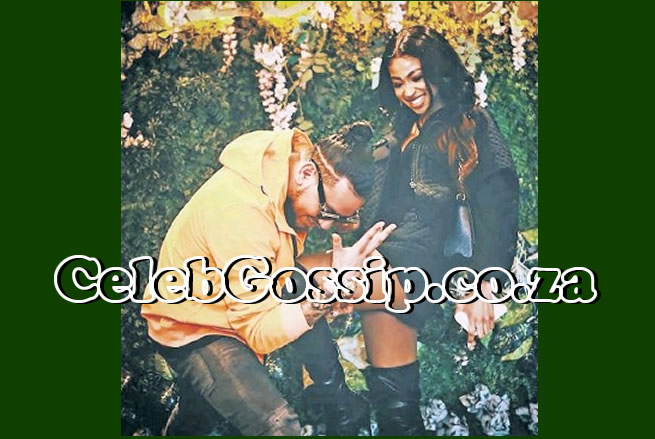 AKA says it saddens him that people whom his late fiancee Anele “Nelli” Tembe and him entrusted with their deepest troubles are using them as weapons against him.

This after reports surfaced that the pair were abusive towards one another.

A close friend of Anele’s shared with News24 that Anele once called her and told her that AKA smashed her face against a wall during a fight in their apartment, after which she locked herself in the bedroom.


After she locked herself in the room AKA, whose real name is Kiernan Forbes, then violently broke down the door with his bare hands to enter the bedroom.

The incident allegedly happened earlier this year in March at their apartment in Bryanston, a month before she subsequently fell off a hotel building in Cape Town.

“She then sent me the video of the attack. AKA is so violent in the video that he breaks down the door of the room that Anele had locked herself in, while escaping his blows, with his bare hands. This is an attack that I want women to be shielded from,” the woman told the publication.

The close friend said Anele was a victim of gender-based violence and they often picked up Anele from AKA’s house in the early hours of the morning following endless attacks on her by AKA.

“Anele was on numerous occasions physically and emotionally abused by AKA. My beloved friend was a victim of gender-based violence.

“As women, we’re too quiet about the abuse that’s happening behind closed doors. We must speak out! I’m today speaking out.”

In the statement released on his social media accounts the rapper, who’s recently gone back to the scene and has been on several event line-ups, said he won’t stand and watch people attempt to disparage his name.

“We enjoyed a beautiful yet challenging relationship that at times was tumultuous, like all relationships, made worse by the pressures of being in the public eye, which we too played up to,” he said.

“As numb as I was at Anele’s funeral, I took in every word imparted, the direct ones and all those filled with innuendos.

“I’ll not be a part of speaking on or exposing our troubles as a couple, to defend myself from one-sided views that are portrayed out of their full context. Every story has two sides, and so does every video, image and message.”

He said the allegations against him are to influence the inquest that was opened after Anele fell out of the hotel building.

“I’m fully aware who the ‘sources’ engaging media are and what their intentions are, which is to influence the police inquest – which the investigating officer has stated numerous times to my legal team and to them that I Kiernan Jarryd Forbes have not been named as a suspect, but have been nothing but a co-operating witness,” he said.

In the lengthy statement, AKA, said he’s been getting counselling since the incident.

“I own up to my past and current traumas, and thus I’ve submitted myself to psychological and spiritual counselling for my own benefit and growth,” he said.

“I hope everyone affected by Anele’s traumatic passing does the same for themselves, individually and collectively, so that we may all afford her spirit the rest she deserves and come to terms with the choice that she made that fateful morning of 11 April.”