A friend of the late Anele "Nelli" Tembe has spoken out about abuse she suffered, allegedly at the hands of rapper Kiernan 'AKA' Forbes.

She has provided police with a copy of a video Tembe gave to her in March in which Forbes can be seen breaking down a wooden door in their Bryanston apartment.

Forbes has lamented the fact that their "deepest troubles" are being used to fuel a negative narrative of his character.

Almost a month before Anele "Nelli" Tembe fell to her death at a Cape Town hotel on 11 April this year, she locked herself inside a room to hide from her fiancée, Kiernan "AKA" Forbes.

In images circulating the media, the award-winning rapper can be seen using his hands to violently break down a wooden door to enter the bedroom in their apartment in Bryanston, Johannesburg where Tembe was hiding. The incident is alleged to have taken place on 13 March. 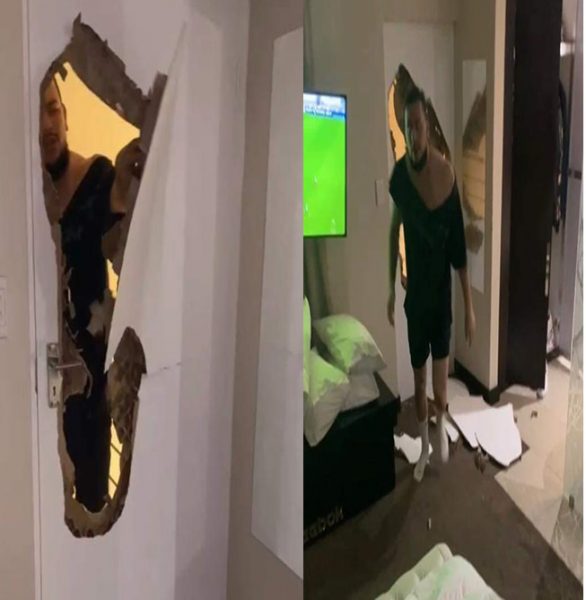 A close friend of Tembe, who has now spoken out, says Tembe told her that Forbes smashed her face against a wall during a fight in their apartment after which she locked herself in the bedroom.

"She then sent me the video of the attack. AKA is so violent in the video that he breaks down the door of the room that Anele had locked herself in, whilst escaping his blows, with his bare hands. This is an attack that I want women to be shielded from," the woman, who requested anonymity out of fear of intimidation, wrote in a statement to News24.

Her friend has also provided Cape Town police, who are conducting an inquiry into her death, with a copy of the video.

In the past few weeks, following the passing of my close friend Anele Tembe, I have been meditating and seeking guidance on what it is that I am to do in order to exercise my rights and to deliver on my responsibilities as a young adult in a country that fails to adequately protect its women and girls. The responsibility that I have is towards the many women and girls in this country, especially young women such as myself, who remain impressionable.

"Anele Tembe, who was dating and later [became] engaged to Kiernan 'AKA' Forbes, was a victim of severe violence at the hands of AKA. Anele was on numerous occasions physically and emotionally abused by AKA. My beloved friend was a victim of gender-based violence (GBV). As women, we are too quiet about the abuse that is happening behind closed doors. We must speak out! I am today speaking out."

According to the woman, Tembe recorded her fiancée, breaking down the door in their Bryanston apartment. He had allegedly smashed her face against a wall during a fight, and she ran to the bedroom to escape. Tembe allegedly gave the footage to her friend, who also came to her rescue after the attack.

Three pictures show Tembe in shock and pain after the alleged assault. She went to her friend's house, who assisted by putting bags of frozen food on her bruises. 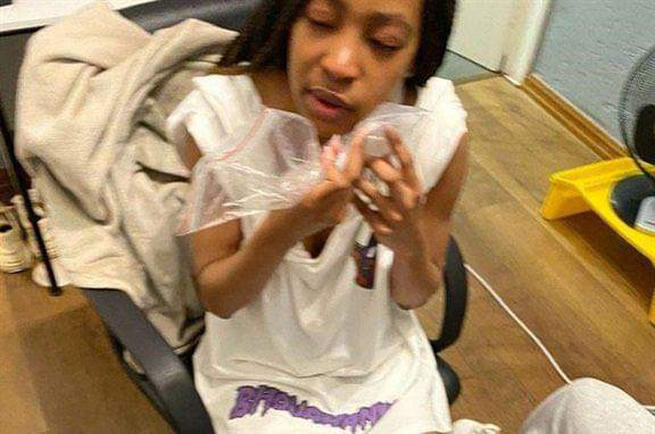 "Anele, on many nights, sought protection from those close to her whenever AKA, whom she said became extra violent whenever he had taken drugs, attacked her. We often picked up Anele from AKA's house in the early hours of the morning following endless attacks on her by AKA," her friend said.

She added: "Anele reported the incident to me. She then sent me the video of the attack."

On Saturday afternoon, News24 sent questions to Forbes' publicist, Pumza Nohashe, about the Bryanston incident and asked him why he broke down the door, whether he had assaulted Tembe before breaking down the door, and whether he was under the influence of drugs at the time of the incident.

A few hours later, without having replied to our specific questions or calls, Forbes released a statement on his social media pages, describing his relationship with Tembe as "beautiful, yet challenging", saying he was aware of people who contacted the media in an attempt to influence the ongoing police inquest into Tembe's death.

May 8, 2021
"As numb as I was at Anele's funeral, I took in every word imparted, the direct ones and all those filled with innuendos. I will not be a part of speaking on or exposing our troubles as a couple, to defend myself from one-sided views that are portrayed out of their full context. Every story has two sides, and so does every video, image and message," said Forbes.

The rapper stated that he had no intention to discuss his "at times… tumultuous" relationship with Tembe.

"It is a sad day when I find myself having to speak of my relationship with Anele. What makes it even worse is the knowledge that some of the people she and I loved and entrusted with our deepest troubles are now using those as weapons to set a negative narrative on my character," he said. 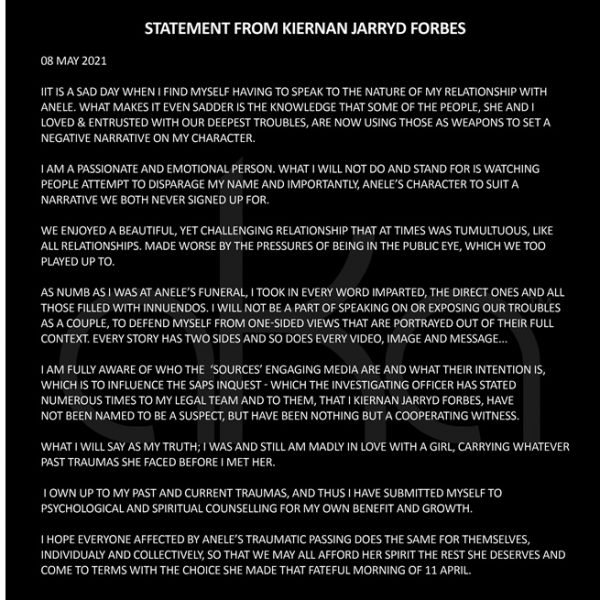 Following his statement, videos and a picture of Forbes with a bruised and swollen upper eye were leaked by a source who is sympathetic to him.

In one of the videos, taken by Forbes, Tembe can be seen sitting on the bedroom floor of the Bryanston apartment with her hands on her face rocking back and forth, saying: "I can't believe this… I just want my mom, just want my mom."

In the video, the room has been destroyed and glass shards, picture frames and books are scattered all over the floor.

Forbes can be heard saying: "Look at all of this. Somebody here is under the influence and tried to jump off the balcony. My ears are ringing. I think I burst my eardrum. I have a witness that witnessed that I did not fight back, and there is no fighting back from my side, and this is what it looks like. So when we go to court, I want people to see."

A source who has knowledge of the video told News24 it was recorded after another physical altercation involving Forbes and Tembe in December 2020.

In a second video leaked by the source who is close to him, a man can be seen trying to restrain an emotional Tembe and calm her as she repeatedly screams: "You guys don't know what he has been doing to me."

Forbes' supporters purportedly leaked the footage to show that Tembe was destructive and also assaulted him.

In November 2020, We reported that Tembe and AKA had been taken to the Randburg police station to open cases against each other, following an alleged domestic dispute. When the police had arrived at the rapper's Bryanston apartment and found Tembe packing her bags.

In an interview with News24 on Saturday, Tembe's father, Moses, said his daughter protected Forbes and that he was not aware of the specific incident involving him breaking down a door.

I am not aware of the specific incident, but some of the members of the family may be because Anele spoke a lot more with her sisters than her parents. To a great extent, she also protected Kiernan, so she never wanted us to know much about conflicts between them.

When asked if he knew about the alleged abuse and the footage Tembe sent to her friends, he said that "we heard a lot of stories, and some of them we addressed with the family, but for most, Anele kept it to herself".