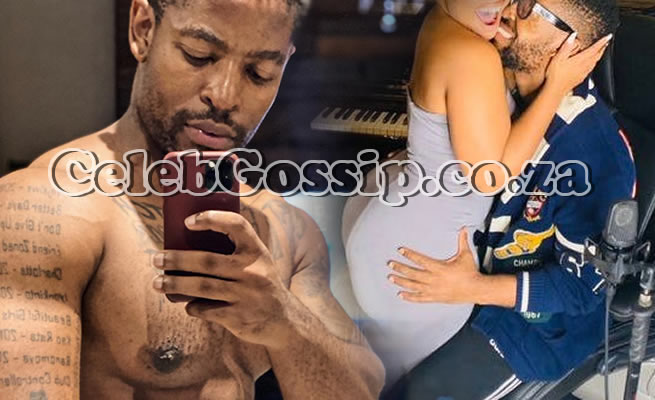 The 'side chick' says she had never engaged in any casual or sexual relationship with the DJ from the time she met him to date.

In another twist of events, Charlotte hit maker Prince Kaybee’s “side chick” has issued an apology after posting nudes of the DJ, as well as private conversations on social media.

This come after the record producer – real name Kabelo Motsamai – threatened to take legal action against “Hazel Mahazard”, as she refers to herself on social media, over the incident.

In a statement released on Thursday, Hazel described her action as “unjust” and “uncalled for”, adding that she had since deleted the post she shared on Twitter.

“On Tuesday, 4 May I posted a tweet with pictures and private conversations between Kabelo Motsamai (Prince Kaybee) and myself. Would like to take this opportunity to apologise to Kabelo for the posts, and any damage that the last picture may have caused to his dignity, public image, personal life and his businesses.

“Upon deep reflection, I now realise how unjust and uncalled for my actions were, and I would like to use this opportunity to apologise unreservedly. I have since deleted the post and I condemn with serious caution against the continuous circulation of those pictures by others,” she said.

I read your letter of demand and wish to respond as follows. pic.twitter.com/o1DeuZYhhg

On her “relation” with the DJ, Hazel said she had “never engaged in any casual or sexual relationship with Kabelo Motsamai from the time I met him to date”.

The pair met in September last year through an official work project that they were both involved in, Hazel said.

She added: “I regret the entire incident and have taken to heart all the harsh lessons that came with it. I do not intend to make any further public statements on this matter and further appeal that Kabelo be afforded the privacy to deal with any matters that arise from this unfortunate incident.”

Hazel had posted a screenshot on Twitter, which indicated that Kaybee did indeed cheat on his girlfriend and radio personality, Zola Mhlongo.

Not only did she share conversations she had with Kaybee, but also publicly shared private nudes he sent her.

Here are some reactions from Black Twitter following her public apology

She can't…. phela she can't even post any bae cause they here today, gone tomorrow. @PrinceKaybee_SA was a blessing to her and a curse to himself… I mean nobody knew her… pic.twitter.com/Ub5A2pMMeZ

If you want Princekaybee to forgive you

You can't just apologize with words but you ruined his image.. Veza ibhubhu🍑 nawe pic.twitter.com/PXpwi9py3m

Ai @chrisexcel103 ..you gone mad child….BT me l wouldn't mind you showing it to us….then we will know you really sincere anything less than that we won't take your apology…you ruined this man… pic.twitter.com/YelINoA2wH

@ChrisExcel102 no no no. We don't want to be traumatized here. Phela u@PrinceKaybee_SA's has finished that thing. Kusele nje bone structure… pic.twitter.com/k1D1T7e8FB

If you never had a sexual relationship, how did you end up with his Nudes??? pic.twitter.com/YEPikxzkJ2

How did his dick end up on your cellphone or was this project about dick? pic.twitter.com/Muu4XsmVSd

"I have never engaged in any casual or sexual relationship with…" pic.twitter.com/yVmGHNVAf1

How do you explain the screenshot where Prince Kaybee asked for your bontjies🍑 raw and you replied you nolonger play those games? Zola easily forgiving the man who chote? Ae Prince selled his 🍆 soul to the public net for insholense song pic.twitter.com/0xgSXVowUC