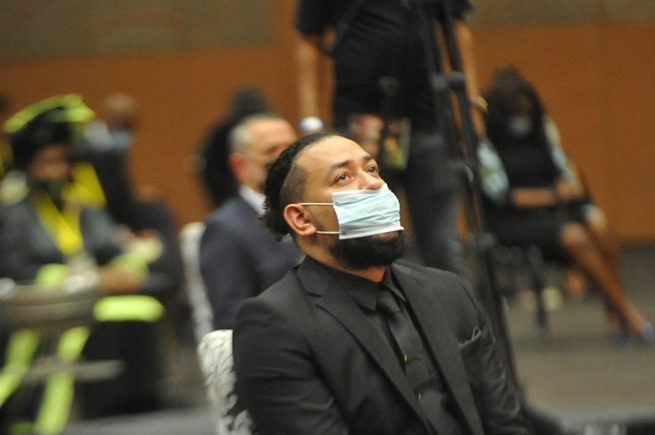 AKA broke his silence two weeks after his fiancée died. Nelli Tembe allegedly fell to her death from the 10th-floor penthouse of the Pepperclub Hotel in Cape Town on Sunday, April 11.

In a statement, grief-stricken AKA wore his heart on the sleeve, as he spoke for the first time about the pain of losing Anele.

“I have lost the love of my life … and every day feels like a mountain to climb. I miss Anele, so much, and I'm heartbroken at the unfulfilled life we had planned,” AKA said.

"I have told you these things, so that in me you may have peace. In this world you will have trouble. But take heart! I have overcome the world.” 📸

AKA popped the question in February, and just weeks prior to the fatal morning of Tembe’s untimely death, AKA had alluded to have started the lobola negotiations.

In his statement, AKA revealed the emotional and psychological strain Tembe’s passing has had on him, also stating that “insinuations” have made it difficult for him to deal with his loss.

“The tragic loss of Anele has taken a great toll on me, emotionally and psychologically,” he said.

He said: “Insinuations and innuendos made on my personhood have made it even more difficult to process … which is why at this time I choose to retreat to honour my journey, praying moments of stillness may bring me closer to some clarity.”

The star went on to thank his family, friend and fans for their continued support.

At the funeral service of his daughter, prominent businessman Moses Tembe denied rumours that his daughter had committed suicide in a letter, but alluded to the possibility of substance abuse.

He also urged AKA to seek God so that he will become a better man.