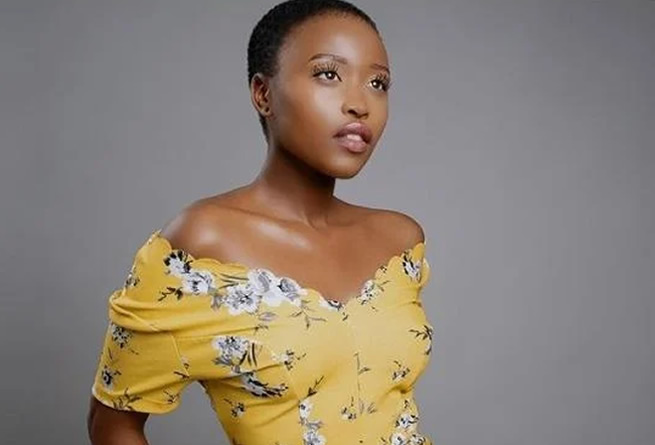 Mzansi Magic hit drama series Mzali Wam actress Lungelo Mpangase is traumatised after she was allegedly physically attacked by a fellow actress on the set of her new movie in Vosloorus, Gauteng, on Monday.

Mpangase claimed that she sustained minor injuries after she was grabbed, fell off a make-up chair and was slapped by the other woman after refusing to be photographed by her.

"This woman grabbed her hands and she fell off the make-up chair. The woman started hitting her, but the directors and producers just stood there."

"While Lungelo was having her make-up done, the [other actress] started taking pictures of her. Lungelo was uncomfortable because she was still getting ready, so she told the woman to wait for her to finish and then they would take pictures. The other actress took it the wrong way and asked her who she thought she was and why she should wait for her to finish having her make-up done. She then told Lungelo: "I'm taking pictures of you now because you're wearing my clothes." Lungelo was shocked because she thought the clothes were part of the production wardrobe, not another cast member's. As she was taking the clothes off, the other actress started attacking her."

Another cast member said Mpangase had not defended herself, as she feared that physically fighting the woman would ruin her own image.

"Lungelo had covered her face with her hands [to avoid being photographed]. This woman grabbed her hands and she fell off the make-up chair. The woman started hitting her, but the directors and producers just stood there looking and didn't do anything. Lungelo went to her car and started crying," said the cast member.

The movie, which is meant to air on MultiChoice's short-film segment, Mzansi Bioskop, is produced by Sandton-based production house Behind the Best, which is also behind Mzansi Magic&rsquo;s popular shows I Blew It and Ingane Yam.

Behind the Best CEO Kopano Molokoane had not responded to questions by the time of going to press.

Mpangase's representative and personal assistant, Amukelani Tshabalala, said the star did not lay charges with the police.

"She was emotional. She spent the day feeling bad, so she didn't want to go and open a case," said Tshabalala.

She added that the production company had sent the star an email offering her a R150 spa voucher to return to the set.

"They explained that unless she did so, she would have to pay back her day rate [R2 500] for missing a shoot. They sent another email the next day [Tuesday] saying that she now owed them the money for missing the shoot."