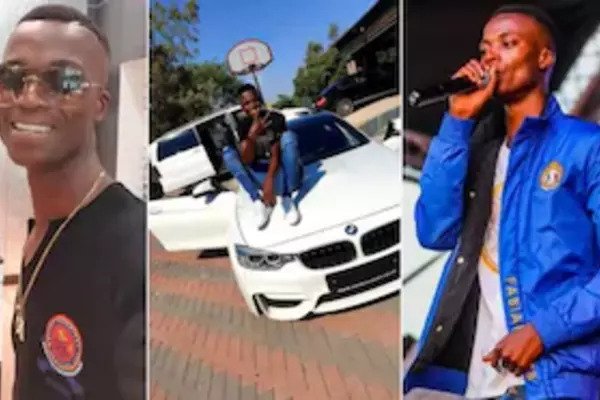 Musician King Monada has been dragged to a papgeld court by his baby mama for paying chicken feed towards the maintenance of their child.

King Monada, who owns expensive vehicles including a white BMW 5 and two luxury Mercs, was slapped with a maintenance suit by his ex-girlfriend Sharon Masia after he allegedly refused to increase their 11-year-old child’s papgeld from a paltry R500 to R1 200 a month.

An emotional Masia said Monada had sired a child with her about 11 years ago after she met him when they were both still at secondary school.


The woman, who sang like a canary when we quizzed her, said she and Monada broke up in 2013 due to “family things”.

She said the Ska Bhora Moreki hitmaker has been supporting the child with R500 every month, but she did not complain because she supplemented it with the NSFAS funds to buy food for the child.

“I was getting this fund when I was a student at the Tshwane University of Technology, but because I finished last year and I’m now unemployed, the amount he gives me is no longer enough to support our child,” she said.

Masia, who lives a heartbeat away from Monada’s mansion in Ga-mokgoloboto village outside Tzaneen, said she approached the Idibala hitmaker and asked him to increase the maintenance money to R1 200, but he refused saying it is too exorbitant and he can’t afford it.

She said when he refused to increase it, she approached the Ritavi magistrate’s court in Nkowankowa in March to open a maintenance case against him.

“The court officials told us to come on April 19 and when we arrived, he told them that he could only afford R500 a month. They then told me to bring my bank statement and also told him to bring both his personal and business statements to compare our incomes at our second appearance on April 26.”

To her shock and chagrin, she said, Monada rocked up with his legal team, who told court officials that the musician, who raked in millions of rand through gigs and royalties, could only afford R500 a month.

Monada could not be reached for comment. Monada’s manager Albert Makwela declined to comment and said it was a private matter.