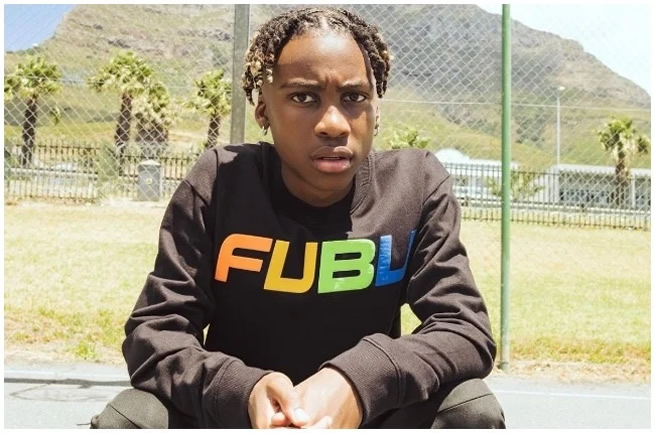 Many have seen this past weekend's videos where hundreds of people were standing in long queues outside the Neighbourgoods Market in Braamfontein where Uncle Vinny's Birthday celebration was taking place.

Many youth travelled from various parts of the country to be a part of the event. The celebration featured a star-studded line up which included Riky Rick, DBN Gogo, Boity and the Majorleague DJs amongst others.

The attendees shared snippets from the event which ended up being a block party while people were waiting to get inside the venue.

But who is Uncle Vinny? What does he do? These are just some of the questions that flooded social media feeds.

Here are 7 things to know about the rising star:

His real name is Kabelo

Vinny revealed that Vincent is his grandfather's name.

"Vincent is my grandfather's name so it was passed down to me,"

He was raised in Hillbrow

The rising star was born in KwaZulu-Natal but was raised in Hillbrow where he was exposed to a lot of crime but developed a love for entertainment.

He attended the National School of Arts (NSA)

Uncle Vinny went to high school at the National School Arts where his passion for TV presenting, acting and performance started. He matriculated in 2020.

"If I didn't go to an art school there wasn't going to be a Vinny," he explained on the 'POPradio' vodcast

At the age of 15, Vinny joined Hillbrow FM as a radio presenter; he was only in grade 9 at the time. He's still a teenager

His unique dance moves are a hit

Videos of him dancing at events have gone viral and his moves have become popular all over the country. Rapper Riky Rick recently shared a video mimicking Vinny's dance moves.