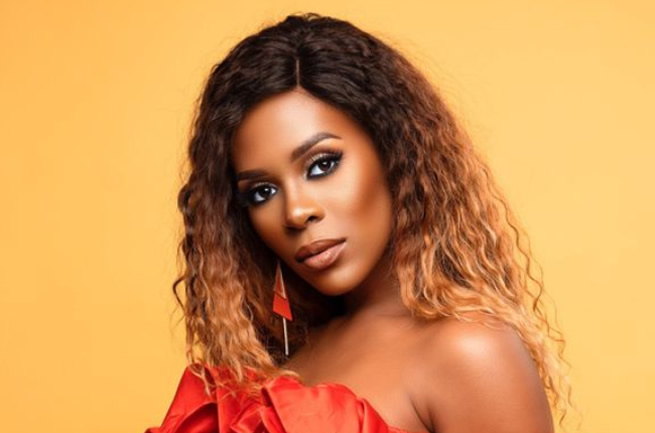 Actress  Thabisile Zikhali has gone against her Christian beliefs to master her new role as a sex worker in the Mzansi Magic drama series Rockville.

Zikhali, a preacher herself who was raised in church with her grandfather being a pastor, plays the role of Sweety, a classy hooker. The 27-year-old, who is still new to the industry, is embracing every challenge and contrast that the role has brought in her life…

As much as her family is not judging Sweety's character, the public has been on her case. Playing a classy hooker and slay queen (a woman whose expensive taste is funded by wealthy men) has caused people to judge her and doubt her faith. She says the judgment began long before she played the role of Sweety – even as a preacher on iKhwezi FM.

“People seem to think my character as Sweety is actually Thabisile. But they have been judging me even before I got the role. Just for wearing a blond weave, they would call me a slay queen. Even when I post messages from the Bible they actually pass remarks that show they doubt my capability as a preacher and spirituality. I grew up in church and I established a church at high school with my friends. In that church I was a pastor,” Zikhali shares.

“My family is so happy that I finally landed a big role and they see me acting on TV. They do not care whether it is a prostitute role or not. But I know in church they are judging me because of how Sweety's character dresses… but it is work at the end of the day.”

The negative vibes have not stopped her form mastering the character of Sweety.

Zikhali had regarded prostitutes as people who are possessed by demons. She took on the controversial role knowing that it was against her religious beliefs because she was looking for a challenge. More than that, she wanted to understand what attracts women to prostitution. After doing her research in preparing for the role, and speaking to different hookers, her perception changed.

Zikhali, a television, stage and film actor, defines Sweety as a ring leader who started selling sex in the streets of Hillbrow where she was not earning much. But all that changed for the better when she met JB (played by Shona Ferguson), who took her to Hotel Paradise in Sandton where she earns serious money.

“Sweety is in a happy place. She feels she is her own boss. Sweety is very materialistic. She wants to rule and be the only most beautiful girl who gets more clients. When a new person comes in, she feels intimidated but deep down she is not an evil person,” she says.

Zikhali wants Christians to take a chill-pill and stop judging people when it comes to issues of faith. She believes that she has been unfairly judged because she is an actor and a preacher. She argues that Christians do not judge police and soldiers the same way as they sometimes judge performers.

“At some stage police officers are forced to kill because of the nature of their job but you cannot doubt their faith because of their job. I am a performer and telling a story through acting. The characters that I play on television do not represent me as Thabisile. In fact, we are different. Christians need to know that faith is a personal relationship that one has with God. It has nothing do to with how you dress and the work that you do. When I am preaching on radio I’m doing God’s work.”

Zikhali, who landed her first big role last year on The Queen, is slowly making a mark in television acting. She is acting in the new local film called Alleyway that premieres at Numetro Cinemas in Cape Town on Saturday. She portrays the lead role of female broadcaster Nora, acting alongside Luthuli Dlamini, Bheki Nkosi and Jack Devnarain. Working with seasoned actors she had idolised while growing up is a dream come true for Zikhali.

“Alleyway is [about] an undercover cop who is released from jail after being wrongfully convicted for uncovering a conspiracy that led to the death of hundreds of people living with HIV. He is all about revenge,” she shares.

Zikhali, who is also a businesswoman, decided to pursue acting after she completed her BCom degree in economics at the University of KwaZulu-Natal. She joined the Duma Ndlovu Acting Academy.