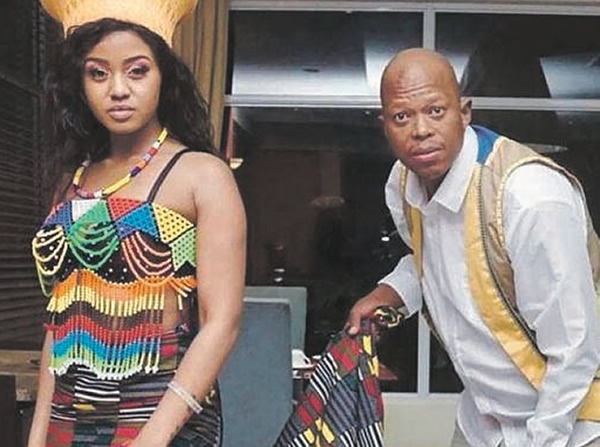 The controversial pair Babes Wodumo and Mampintsha! is set to make things official on Sunday, 25 April during their traditional wedding in Ballito, on the KZN North Coast.

Sources confirmed the wedding will be held at a private venue in Ballito.

“The wedding is set to go ahead this weekend,” said the source.

The dress code for the wedding is traditional attire.

The ceremony’s proceedings are set to start at 9am.

Another source said guests were asked not to record or take pictures at the wedding as this will apparently disrupt the couple’s carefully laid-out plans.

Mampintsha paid lobola for Babes in February and the traditional gifts exchange for families has been done.

Mampintsha’s groomsmen include Big Nuz member Danger and kwaito/gqom star Bhar, both of whom were his childhood friends growing up in Umlazi’s D section.

Danger and Bhar were around when Mampintsha was still hustling in Yeoville, Joburg, and trying to make it big in the industry. The other groomsmen are award-winning DJ Tira and writer Sandile Makhoba.

A third source said most of the guests who’re tipped to attend the wedding include their families.

The singers got engaged in October when Mampintsha proposed during an interview on Gagasi FM.

But their relationship has not always been rosy with Babes once filing an assault case against him that was later withdrawn.

Their manager, Sbu Ncube, confirmed that they were getting married this weekend, but refused to comment further.

The exclusive rights to the wedding have been sold to online subscription video on demand service Showmax for their upcoming reality show, Uthando Lodumo.