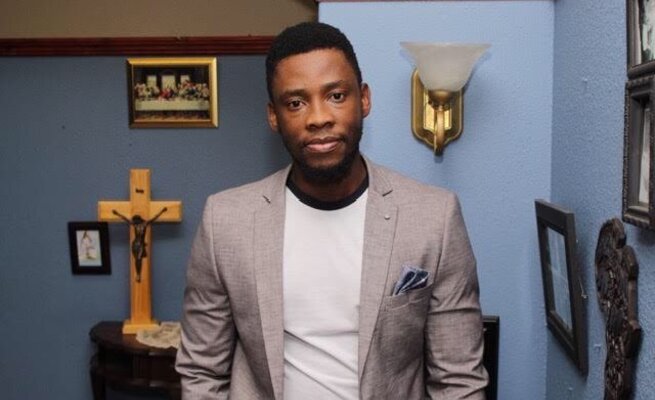 The Uzalo star announced that he has finally opened an Art school in KZN.

Award-winning actor Wiseman Mncube has finally achieved his dream of giving back to his community. He said it has always been his dream to open an art school.

Announcing the good news on his Instagram, Wiseman said he was in tears yesterday when he finally saw his dream came into reality.

Sharing a picture of his students, he said almost 300 students attended.
“I had a dream that one day I would go back home eZululand and open an art school for those who don’t have funds to go to school but yet talented. Yesterday I was in tears when I witnessed my dream come alive.

” I was in tears cause of the talent we have back home, the passion the drive…the attendance, we had close to 300 talented souls. I will do all I can to make sure these talented beings get what belongs to them. And please don’t shut the door when I come knocking,” he wrote.

Wiseman has done exceptionally well for himself and we are confident that his school will produce stars of tomorrow.

He gain popularity when he joined Mzansi Magic’s telenovela eHostela playing the role of Jama. However, he had already been on many other theatre shows and Mzansi popular TV shows such as The Kingdom uKhakhayi where he played the role of Mfanufikile. He is currently starring as Sibonelo on SABC 1’s Uzalo.

He has also won several awards including the Best Actor Award at the South African Film and Television Awards last year.

He recently broadened his horizon by venturing into the music industry. He released a song with Vukani Khoza titled Pick & Choose. Speaking to TshisaLive earlier this year, Wiseman said he never saw himself as a singer until he collaborated with Vukani.

“To be honest, I never saw myself as a singer or doing anything music-related but uVukani called me and asked me and said, ‘Hey, I’ve got this beat, I need you on it but I was like ‘I don’t sing, this person is playing around with me.

“But then he told me to relax, let’s meet up and you’ll see. And then we met, I sang and at first, I didn’t take it seriously because I am one person who likes to joke a lot — I was like I’m just going to kid around. But I am always trying things out,” he told the publication.