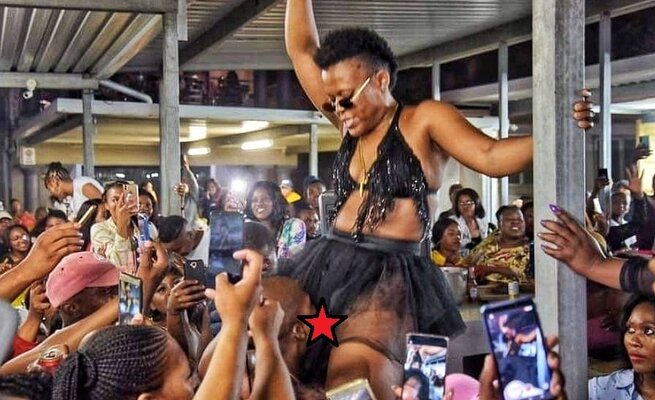 Socialite Zodwa Wabantu has caused a stir after accidentally dripping a purse with ARVs. 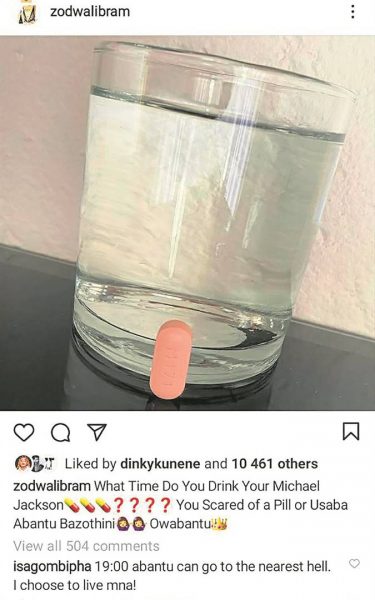 While some were shocked, others were amused and the video started a debate, with many people breaking their silence about HIV. And it seems that’s exactly what the media personality wanted when she shared the video.

Zodwa however said she wanted to encourage people to use ARVs unashamedly. “I have embarked on a campaign to end the stigma associated with taking ARVs.”

Some social media users shared their HIV status and that taking ARVs helped them stay alive and healthy.

– @28 April wrote: “Nothing much has changed. I’m still a 28-year-old mother of three, two boys and a girl. I’m HIV-positive. I still take my ARVs. Over and above everything, I’m happy and glowing.”

– BoyGirl Child of Oshun wrote: “Five years ago, I received my HIV diagnosis. I was calm in the midst of it all. I started my ARVs two months later and I am still healthy.”
Secretary of Black Twitter said: “I respect people who take their ARVs and are not ashamed of it. At least they know their status. They know where they stand in life. Most of you will never test for HIV as you know the kind of lifestyle you lead.”

– Tshegofatso said: “Taking ARVs shouldn’t be something a person should be ashamed of. What matters is they are taking good care of themselves. If anything, they should be proud and happy.”

Zodwa said being HIV-positive didn’t mean the end of the world.

“People live many years with the virus. If you find that you are positive, never lose hope, but take your medication correctly and live happily.”

She said people should never leave their ARVs behind, even when they went out.

“Take them with you and when it’s time to take them, do that without shame.

Zodwa said whoever laughed at someone for being HIV-positive was crazy.

“Those kind of people need to be educated thoroughly and we will use everything possible to teach them,” she said.