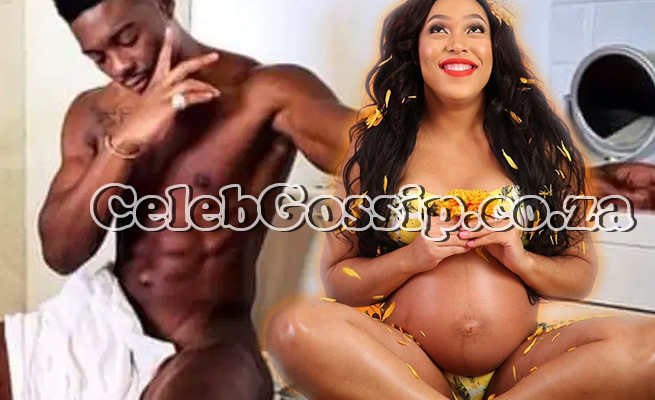 The curly hair, the chubby cheeks and all round cuteness.

Actress and singer Simz Ngema has introduced the world to her baby after a dedication ceremony and he's gorgeous.

The Muvhango actress gave birth nine months ago and has been keeping Tiyani's face off social media.

“Now that we’ve dedicated our King to the Lord, we are ready for you guys to meet him. Say hi to @tiyani_chinyani everybody,” Simz shared on Instagram.

The new mommy hosted her family and friends at a baby dedication ceremony at Pere House, organised by the famous Nono Events who is known for catering to the glamourous needs of celebrities.

"This was a beautiful blessed day," she wrote on Instagram.

She's been busy. Simz will star in Netflix's new movie – Slay to air on the 26 April.

Even though it's been an incredibly difficult journey, Simz Ngema has managed to pick up the pieces of her life after the death of her husband, Dumi Masilela in 2017.

Dumi was shot and killed in a botched hijacking in Tembisa.

Dumi and Simz were married for just a few months, when the incident robbed her of the love of her life. The young widow could not afford to spend her life without a child, and so quickly picked up her broken pieces, searched for a new boyfriend, quickly found one and immediately fell pregnant, obviously after enjoying some sessions of unprotected sex!

Simphiwe Ngema is head over heels in love with the father of her child, celebgossip.co.za understands. Her new man, Tino Chinyani was born in 1994 the 9th of September in Harare, Zimbabwe. He is the Muvhango actress' Ben 10, since he is 5 years younger than his baby mama, but anyway, they say love knows no age and that age is nothing but a number.