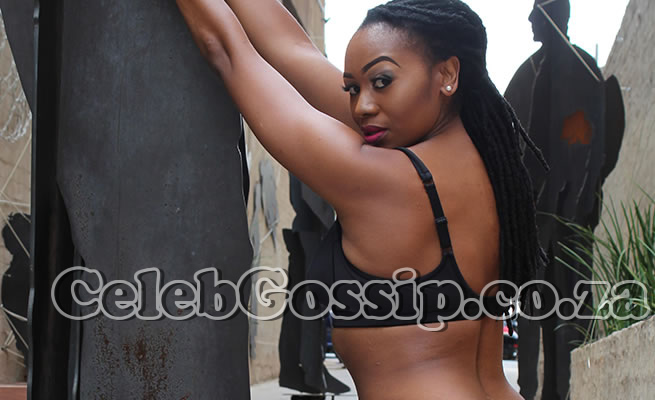 International award-winning author Jackie Phamotse has publicly called out the EFF leader Julius Malema, she is accusing him of being mum about the allegations against the internationally renowned DJ Nkosinathi Maphumulo popularly known as Black Coffee.

Jackie asked the Eff leader to clarify his stand on the matter, she tweeted: “Is your activism one-sided @Julius_S_Malema @EFFSouthAfrica? Is this you choosing sides? Did you not say you are against GBV? Yet you have said nothing about Black Coffee’s actions! …or just maybe your silence is open for interpretation?! When will you call your friend out”

Jackie, who is no stranger to controversy is a retired veteran prostitute who used to earn a living through selling sex and sucking men's penises. The author of Bare: The Blesser Game book admits that at one stage she was a ‘blessee’ who engaged in transactional sex with wealthy men in Johannesburg. Much of her book details the situations in which she found herself, as a result of this lifestyle.

People who @JackiePhamotse slept with during the events of #DurbanJuly #VDJ2018 for money its funny how she bashed @_Sithelo on ukhozi because shes mad she doesnt have the juice anymore pic.twitter.com/bJpH4LKCIo

Black Coffee’s ex-wife Enhle Mbali has opened a case against him, she is accusing him of physically assaulting her at her birthday party which was held at their marital home. Enhle appeared in Randburg Magistrates court earlier this week.

Is your activism one sided @Julius_S_Malema @EFFSouthAfrica ? Is this you choosing sides? Did you not say you are against GBV? Yet you have said nothing about Black Coffee’s actions! …or just maybe your silence is open for interpretation?! When will you call your friend out?

Many celebrities have shown their support for Enhle across social media platforms.

#TouchOneTouchAll
The concept of abuse will always be bewildering and should never be tolerated. There is not one reason u should ever abuse your partner or anyone. You have self-control and must always walk away and never harm. Even if u were hurt, u dont have to Hurt. pic.twitter.com/H3QO8S7w2J

The media is really not on Enhle’s side hey, she was in court today and no headlines. Women are fighting police, the media and the perpetrators all at once 💔

Jackie also touched on the case of influencer and MC Jackie Mcobothi who recently took to Instagram to share the abuse he suffered at the hands of her bf DJ Gukwa whose real name is Nkosinathi Basil Makhanya.

Showing her support for the influencer, Phamotse tweeted: “All these GBV cases and you all are silent! Why @Julius_S_Malema? How can you be mum! Start with your own friends! @JackieMcobothi we hear you! We feel your pain!”

On her lengthy Instagram post, Jackie Mcombothi revealed that for the longest time she had to represent a positive front trying to hide her reality. She said she was abused physically, emotionally, and financially.

“It affected me so bad to a point where I had to lock myself in my room and cry myself to sleep. Mentally I know I need help and I am willing to get help because I know I’m not okay,I come out as an abused woman, I come out as a victim of abuse. I decided to come out for the pain I’ve felt continuously and all the suffering, not being able to confide to anyone. His hands still on my body and his words of him still ring in my head. I’ve sacrificed my whole life for him and I’ve stood still because of me supporting him”

However, tweeps were not impressed by Jackie putting Malema on blast as they took to the comment section to call her out, here are some of the reactions.

Uyamsukela kodwa uJuju, I don't think he can attend to everything all at once. Some matters will take a back seat while he attends to those he sees as urgent. It is also your duty to fight GBV and he'll join you along the way.”

“Are you scared to direct this to South African President, good people you didn't vote for Malema now everything that happens in this country you direct it to him, you ask him to intervene?”

All these GBV cases and you all are silent! Why @Julius_S_Malema ? How can you be mum! Start with your own friends! @JackieMcobothi we hear you! We feel your pain! pic.twitter.com/TRfAtqygZn