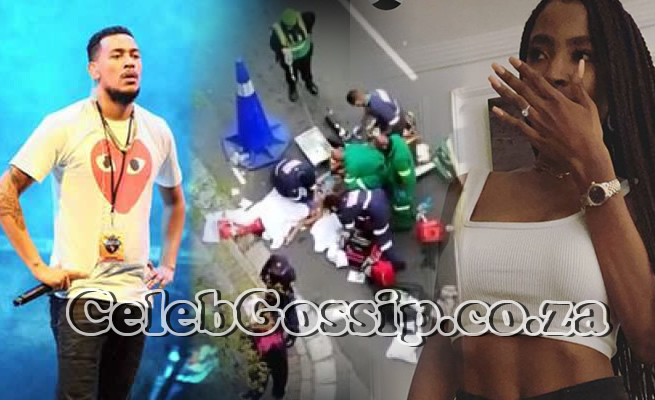 Rapper AKA’s fianceé, Anele “Nelli” Tembe, plunged to her death from the 10th floor of the Pepper Club Hotel, in Cape Town, during the early hours of Sunday 11 April.

Her death is currently under investigation, rumours are circulating on social media that she suffered from depression and allegedly tried to commit suicide before. However, investigations have revealed that she died while stark naked and authorities are struggling to believe if people, celebrities for that matter, commit suicide in their birthday suits. A SAPS officer who spoke to celebgossip.co.za on condition of anonymity said all high profile suicide cases are always treated as murder cases until facts prove otherwise.

The 22-year-old wasn’t one to put her private life on display and kept her social media accounts private. So who was Nelli Tembe apart from being the famous rapper’s fianceé? The South African has a look.

1. DAUGHTER OF A PROMINENT BUSINESSMAN

“I loved our many in-depth chats. I loved the way you extended yourself. I loved that you had a deep desire to impress,” wrote Jackie Cameron on Instagram.

“I loved that you worked hard. I loved that you never quit. You pushed hard when most people would have given up. From never having mopped a floor properly, to leaving my school as an absolute professional at high pressure-hosing, you took it all on with open arms,” she continued.

Although she shied away from the spotlight, AKA certainly did not keep her low-key. In several of his posts, his fianceé was seen modelling his Bhovamania merchandise.

Tembe was described as a “stylish woman with a passion for food who loved her family”, according to Drum. In the glimpse the world got of her since she and AKA started dating, her fashion sense was evident.

5. SHE WAS RELATED TO ACTRESS NONDUMISO TEMBE

“I’m speechless – Words fail me right now. We will hold you in our hearts forever. Sleep well, our flower 💔,” read the caption when translated to English.

“Thank you so much to everyone who has sent kind words of comfort for our family, thank you very much,” she added.

6. SHE WAS FEATURED ON AKA’S ‘FINESSIN’

In 2020, AKA released Finessin’ and her voice can be heard in the intro of the song. AKA often referred to her as a “lioness” and that’s what she says at the beginning.

He also dedicated Cross My Heart to his fianceé.

7. SHE WAS ALREADY A MARRIED WOMAN

Two weeks before her death, Nellie got married to AKA following a successful lobola ceremony at her family house in Durban. On the day she met her creator, the couple had been in Cape Town for a gig that AKA was headlining, and had been spotted at the Waterfront earlier that day, shopping for clothes for their traditional wedding ceremony which, according to celebgossip.co.za, was scheduled to take place at the end of this month.

The real question now is … who gon’put up them racks for the wedding content? *kanye voice* “who gon be the Medici Family?!?!” Lol. Tag your favourite broadcaster ….