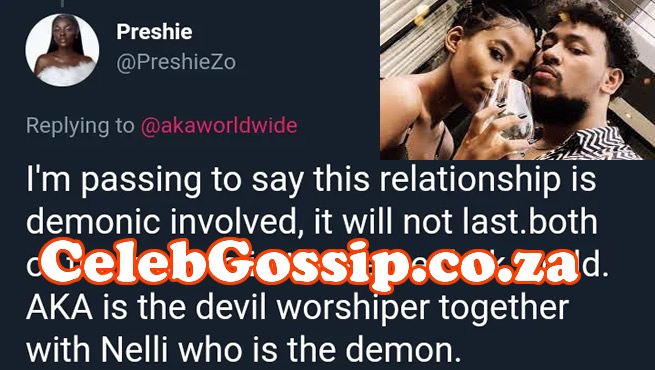 While South Africa is mourning the sad passing of AKA’s fiance, Nelli Tembe, one Twitter user has come under fire for her daring tweets.

The tweep, who goes by the name of Preshie made a couple of tweets before and after Nellie’s death.

“No one understand me, even my family, I speak and it happens. I don’t even understand myself but God is the one who sent me” she wrote

Her tweet, which has got so much attention is the one she made when AKA announced he had paid the bride price for Nellie. She wrote

“I’m passing to say this relationship is demonic involved, it will not last.both of them serve in the same dark world. AKA is the devil worshiper together with Nelli who is the demon”

“Nelli Tembe was killed because of certain duties that needed to be accomplished in the dark Kingdom. AKA is aware of what killed Nelli. She’s now a demon. She will not be able to enter the kingdom of God. She’s about to wait in Hades for judgment day” 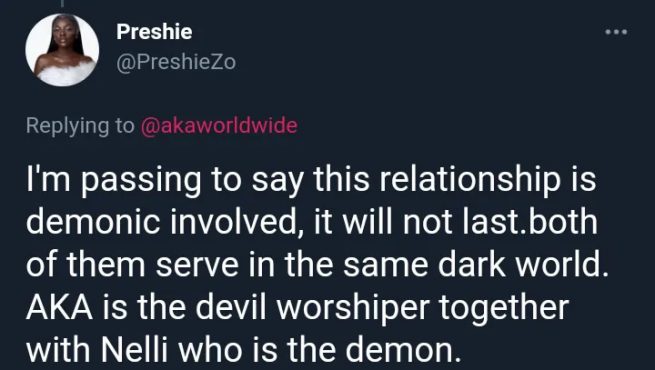