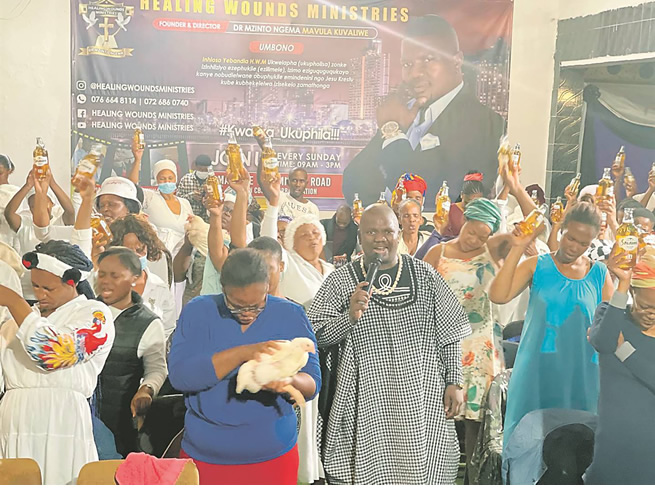 To many people, Savanna is something you drink for fun.

But for Pastor Mzinto Ngema, it’s part of a healing ritual.

From Healing Wounds Ministries in Durban, the pastor uses Savanna and chicken bile, mixed with holy water, to “heal” people.

He revealed God and the ancestors showed him he needed to use Savanna to “heal” people.

“From then on I started using Savanna and chicken bile in the holy water I give people.

“Many only found out about it after the news went viral on social media.

“But I’ve been doing this since June and people are getting healed.

He said those who came for this unique holy water are businesspeople, those whose ancestors had turned against them, those searching for success, and those who were unhappy with their lives.

He said he prays before using the mixture.

“I cleanse the Savanna through prayer to take out the alcohol in it. Then it’s safe to be used in the work of God and the ancestors.”

He said after mixing Savanna and bile, he goes to a waterfall with his congregation to cleanse them with the mixture.

They’re rinsed in the water.

He said he started healing people in 2008 and has been visiting various areas across the country.